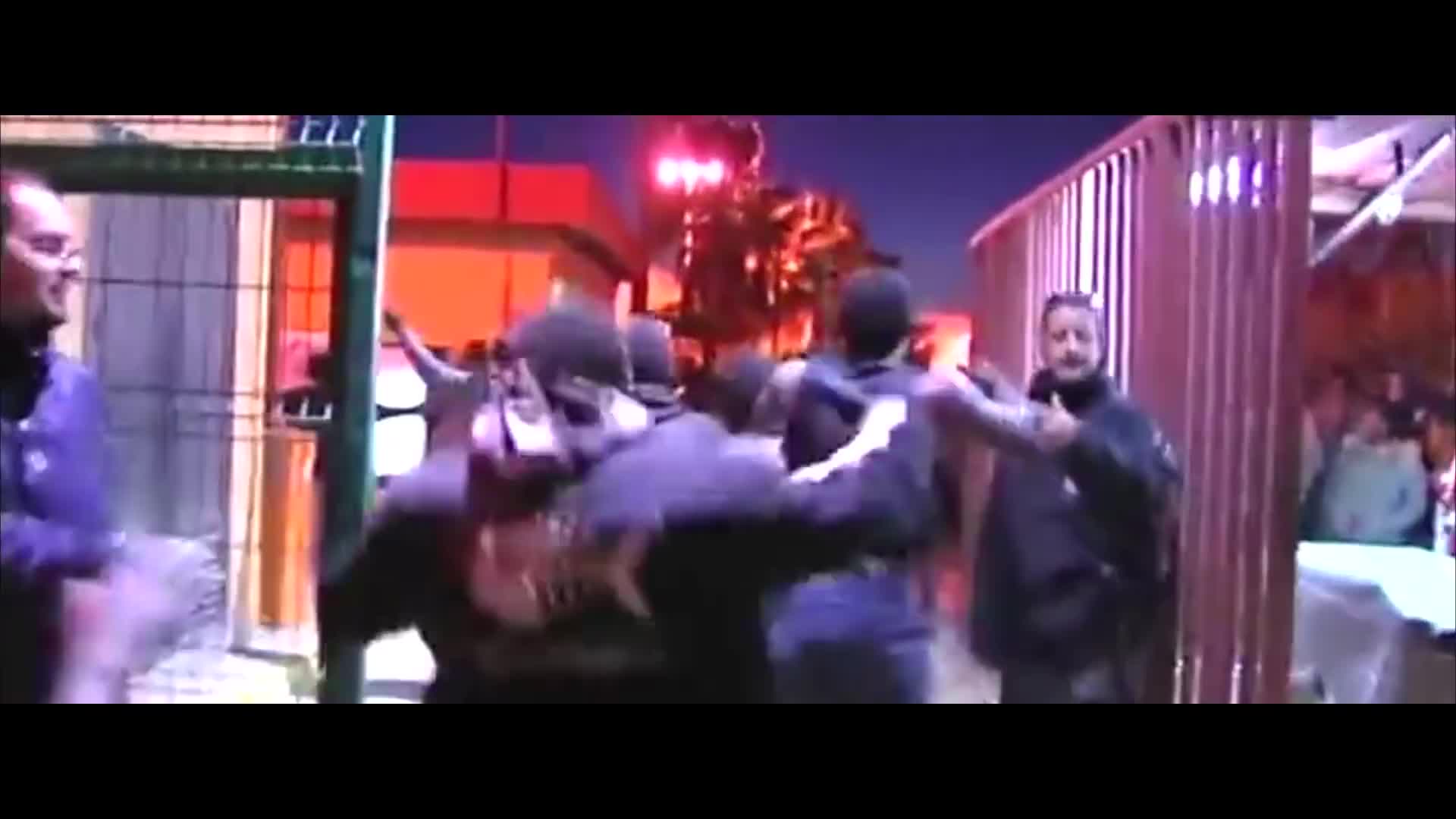 With Open Gates - The forced collective suicide of European Nations - Extended Cinematic Cut 1080p. Europe, The United States of America and all of Western Civilization are being invaded by migrants, refugees and muslim extremists. The Jews and their liberal allies are the ones who are behind this invasion and they shame anyone who is against it as nazis, racist, haters and extremists. This is a declaration of War by the Jewish occupiers against Western Civilization and this will be fight to the very end.

Censored by the racist anti-Gentile Jewish supremacists of Google and YouTube.

“A nation can survive its fools, and even the ambitious. But it cannot survive treason from within. An enemy at the gates is less formidable, for he is known and carries his banner openly."

You are witnessing what will be shown to future generations as the reason for the fall of an Empire.

At current immigration levels and disappearing birth rates native Europeans are destined to become a minority in their own countries within decades. This is already the case for many of Europe's largest cities.

Europeans have effectively lost their right to exist as cultures and nations in their own homelands and are facing extinction.

Millions of young Muslim men leave behind their family, pay thousands to criminal traffickers to reach the land they have been promised by European politicians illegally.

Dubbed by the media as "refugees", they cross through 6-10 safe countries to reach wealthy nations like Germany or Sweden where they hope to receive a better life at the expense of the taxpayer.

Only a fraction of them are Syrian, as they enter unfiltered, without any documents and without any legitimate right to claim asylum. Women and children are rarely seen, except in the cherry-picked sob stories of the media.

Any indigenous resistance of Europeans who refuse to hand over the countries of their ancestors to often radical and criminal Muslim foreigners is labeled "hateful", "racist", even "Nazi".

The level of cultural, moral and political subversion with egalitarian and Marxist ideologies has reached levels the KGB would never have dreamed of. Equality and tolerance are lies that serve none but a few.

The Left, mainly orchestrated by Zionist interests, is destroying our countries from the inside. Patriotism, the most basic and fundamental trait of any nation that wants to survive, has become something to be ashamed of.

Feminism has destroyed family values and birth rates. Healthy nationalism has been replaced with a culture of guilt, self-hatred, apathy, degeneracy and pathological altruism. We are told to embrace "diversity", in reality this simply means instead of just being a global minority, Europeans are supposed to become a minority in their own countries as well. No civilized society can keep up with the birth rate of third world immigrants, especially when the main goal is integration rather than assimilation. Parallel societies breed poverty, crime and radicalism.

Multiculturalism has never, at any time in human history, worked anywhere. If you believe otherwise, you're delusional. In fact it's the primary reason for every major conflict.

The crimes committed by the EU against the European peoples are directly in violation of the 1948 UN genocide convention, Article II: (c) Deliberately inflicting on the group conditions of life calculated to bring about its physical destruction in whole or in part; (d) Imposing measures intended to prevent births within the group; (e) Forcibly transferring children of the group to another group.

Because of this injustice, far-right parties everywhere in Europe are gaining astonishing amounts of support, becoming the biggest parties in some countries.

Any European that does not rise up to defend his country from foreign invasion because he's too scared of words does not deserve it.

We are still at a point where you will not get imprisoned for your political opinion in most European countries, but this will change very soon. Do not be apathetic, do not be weak. Be someone that can be proud to call himself European.

On The Rocks Official Trailer