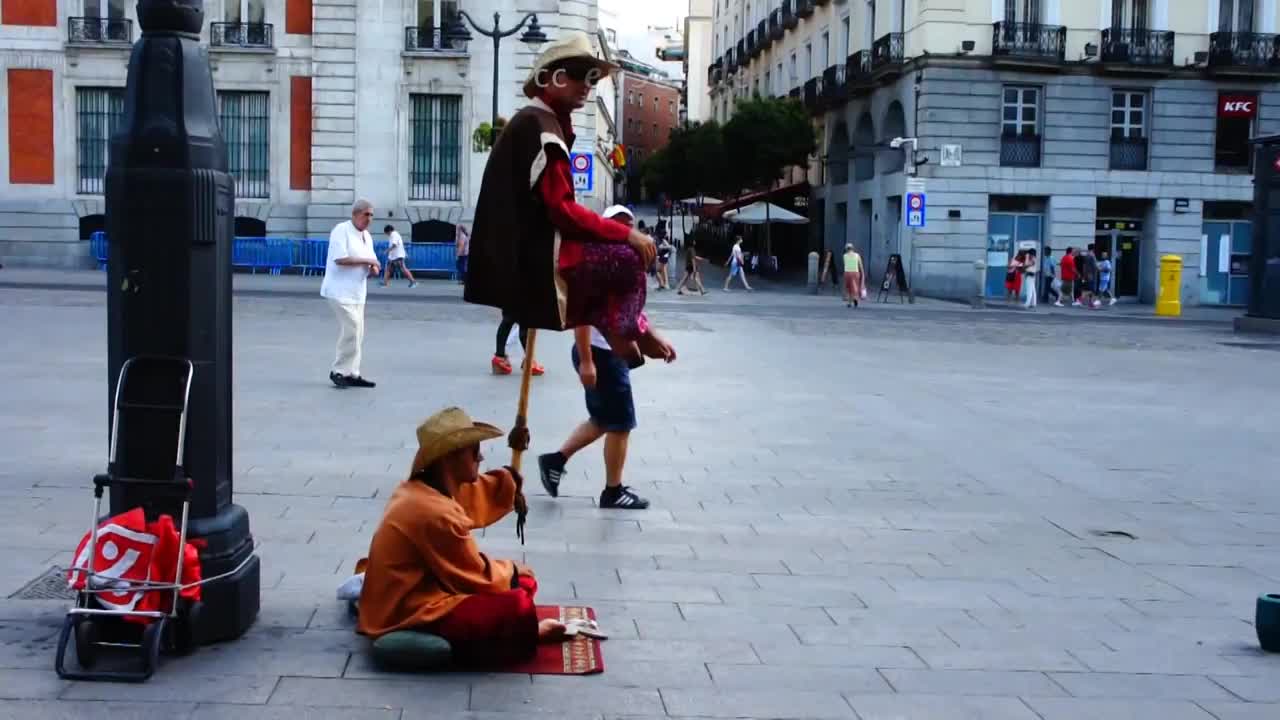 Amazing Human Statue for Two Aladdins
Click here to play the animation
Link to Page
Close
Did you know there is a Y8 Forum?
Join other players talking about games
Try CryptoServal Game
NFT game backed by Y8.com
Video description

Amazing Living statue is a street performance where the artist dressed and made ​​up as a statue, and stood motionless for a long time. Sometimes life sculptures deceive passersby, who believe that a real statue. Sometimes the show is accompanied by cameras, often occultism, to commemorate the audience reaction. As in all performing arts, amazing Living statues players invited to perform cultural events and exhibitions of art.

In the early years of the 20th century the dancer German Olga Desmond, show "evenings of beauty" (Schönheitsabende), appeared in beautiful and classic works of art imitating animal pictures. amazing Living statue appeared in a scene of the French film of Marcel Carne and Jacques Prevert Children of Paradise (Les Enfants du Paradis) from 1945. Among the pioneers of the performances were sculptures amazing Living artist duo Gilbert and George appeared in the 60s in London.

Mime training is of great benefit to the human statue at work because the artist must be able to rest in different positions, and to be able to move in slow motion. A performer stands tend to stand on guard against dogs. Artists working as amazing Living statues can fool passersby and a few shows filmed with hidden camera showed how the statues come I can scare people.

Definition Of "Looks Can Be Deceiving"