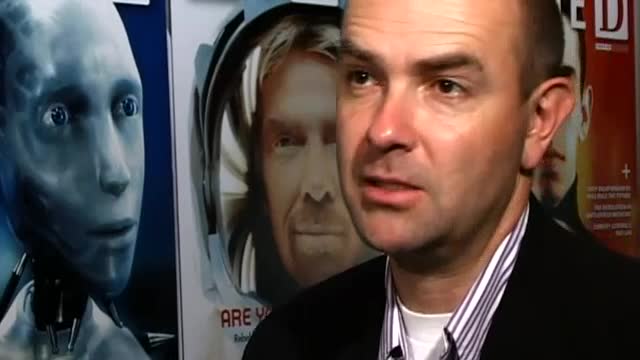 Anderson: From push to pull

Anderson: From push to pull
Click here to play the animation
Link to Page
Close

The old model was that you had producers, and they pushed, they sort of made everything, and consumers took it; so one was active and the other one was passive. So, the new model is that you have both. We're all producers and consumers, and some of us are very consciously producing. I mean the blogs, the YouTube-videos, the music, etcetera. And some of us are sort of- we don't even think of ourselves as producers, but we do. The notion of, just reviews or rating things, or your click-tail trail through an e-retail site, has the effect of producing useful information that makes the entire market work better. So this one-way street where, especially we in the media, we would have, maybe a lecture. We would talk and you would listen. Now it's a conversation, which is to say: we can talk, but you can talk too, and if we don't listen to what you're saying, you're not gonna listen to what we're saying. So, obviously this starts off at easy things like comments and track-backs and all this kind of stuff- this recognition that the opinion of consumers matters. You can now measure the opinion that you have and you're obliged to respond to it. It has to be a two-way street. And then there's the other thing, the notion of giving people a forum to do the publication themselves. One of the most important phenomena of our time is what we call peer production. And the poster child of peer production is Wikipedia, the encyclopedia. This was really nothing more than a technology that catalized the creation of encyclopedia that was latent, that was out there. That knowledge was in people's heads already, it just wasn't assembled. And simply putting a powerful tool, like the Wiki-software that created Wikipedia, out there, and suggesting that people use what's already in their head and to share it - created what I believe is the greatest encyclopedia the world has ever seen. And it was done for free. So, the architecture of participation is simply the tools that allow participation, the respect of amateurs as well as professionals, and the recognition that it is a conversation and that no one person controls it.

The World Of 3D Mapping Is Improving