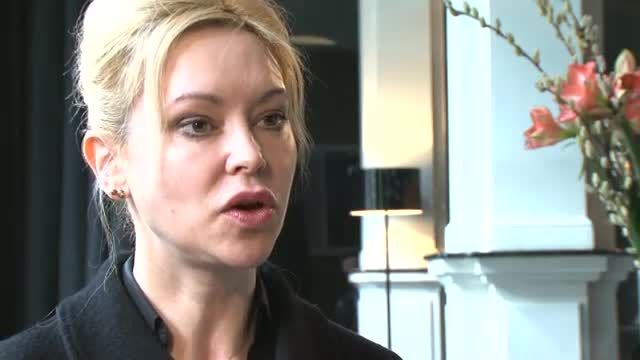 Armstrong: Use of science fiction in science

Armstrong: Use of science fiction in science
Click here to play the animation
Link to Page
Close
Did you know there is a Y8 Forum?
Join other players talking about games

I think the use of techniques of science fiction and narratives within science are absolutely crucial, particularly at this point in time, where we're seeing the emergence of new technologies. In science we actually have something called a thought experiment, which means that we take an idea that's based very firmly in science and we explore its potential. And often those thought experiments are done purely in a scientific context.
But more and more and more, we're being asked by the governments who are allocating grants and also by the public who are interested in technological developments to think beyond the scientific consequences of our investigations and think more broadly about what that means in terms of an environmental or social impact, or even a cultural impact. And the thing is that scientists themselves aren't very good at doing that. That's not actually something we were trained to do in the twentieth century. And I think that we looked at the techniques of narrative telling and science fiction, in order to conduct thought experiments that go beyond the realm of science.
And I think these are very important, because science fiction of a certain kind helps us imagine what the impact of a particular technology has on, say for example, you'd start with a character. How does that particular technology impact on that character's life? And then how does that then impact upon the lives of the people around that character? And then beyond that, what does that mean about the society in which that character lives? And you can actually take a very simple adjustment in the presence or absence of technology. Bruce Stirling and William Gibson did that with the difference engine. They imagined a world that was pre-digital-computing and then started to speculate on what they impact would be on us now if digital computing had not been invented. So science fiction authors have ideas about how we could imagine the world with or without a particular technology. And I think that's really, really crucial. Because in order to engage people fully, particularly about complex technologies that are early in their development, we need to really engage with social consequences and create new languages, new ways of talking about the technology in a creative way that is meaningful, but to also create stories that are appropriate for the 21st century.
I think one of the things that I personally get tired of, is keep going back to a Frankenstein metaphor when we're talking about increasingly complex systems. Because that immediately creates a negative feeling about technological development or scientific enquiry. And it immediately characterizes scientists as being inherently self-serving and ones that have absolutely no care for the impact of their technology on the environment. So I think it's actually within the duty of scientists to actually communicate not just the impact of their technology, but also their vision of the world which they think their science is intrinsic to and also something to do with their personal aspirations. And that again is not something that's traditionally accepted as being important to science, that the scientist traditionally is an impartial observer. Purely, in some ways, a product of a system of investigation that has no emotional or personal involvement with the system that they're observing.
But I think that's wrong. I think that scientists can be absolutely passionate about what they do and have a vision for how their technology can create a change for the good. I think that they need to communicate that. But I don't think that necessarily needs to interfere with their objectivity in terms of being honest with themselves about what it is that they're seeing. Even though that they want their experiment to succeed. And I don't think it gets in the way of how you would communicate that to a scientific community using the channels already available through these measurements and ways of validating the reproducibility of results. So I don't think they're mutually exclusive. I think they're very complementary. But I think they both form different functions and I hope that the scientists of the 21st century don't become scared by the idea that they create a narrative or an aspiration for the field, for the general ambitions of the research that they're doing without feeling that that's going to impact on them professionally. That the science community will look upon them with some kind of disdain because they are actually involved and care about the research that they do. I think the public pick up on that as well. I think that you genuinely have to be doing what you're doing because you believe it's the most important thing that your life requires. And everybody else's life too.

Trust Me This Is A Cake