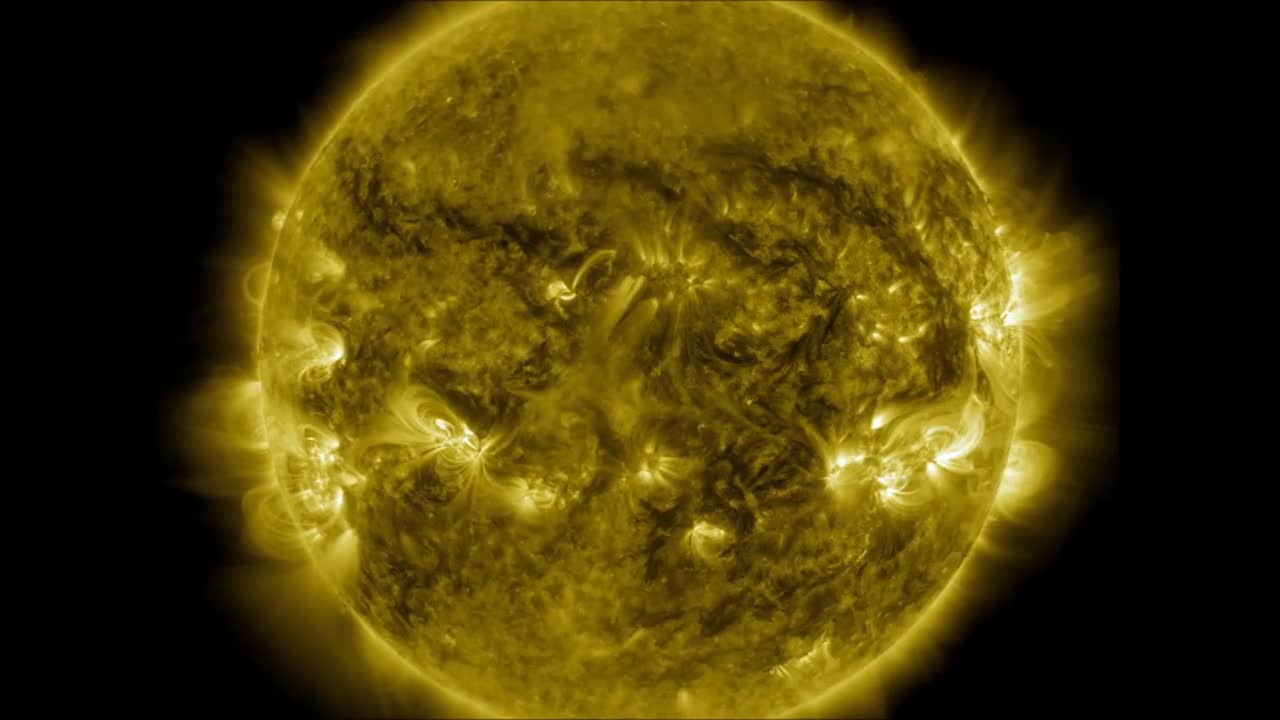 In this video used music Symphony No.5, Op.67 (Beethoven, Ludwig van).
The sun is always changing and NASA's Solar Dynamics Observatory is always watching. Launched on Feb. 11, 2010, SDO keeps a 24-hour eye on the entire disk of the sun, with a prime view of the graceful dance of solar material coursing through the sun's atmosphere, the corona. SDO's fourth year in orbit was no exception: NASA is releasing a movie of some of SDO's best sightings of the year, including massive solar explosions and giant sunspot shows.

SDO captures images of the sun in 10 different wavelengths, each of which helps highlight a different temperature of solar material. Different temperatures can, in turn, show specific structures on the sun such as solar flares, which are giant explosions of light and x-rays, or coronal loops, which are streams of solar material traveling up and down looping magnetic field lines. The movie shows examples of both, as well as what's called prominence eruptions, when masses of solar material leap off the sun. The movie also shows a sunspot group on the solar surface. This sunspot, a magnetically strong and complex region appearing in mid-January 2014, was one of the largest in nine years.
Scientists study these images to better understand the complex electromagnetic system causing the constant movement on the sun, which can ultimately have an effect closer to Earth, too: Flares and another type of solar explosion called coronal mass ejections can sometimes disrupt technology in space. Moreover, studying our closest star is one way of learning about other stars in the galaxy. NASA's Goddard Space Flight Center in Greenbelt, Md. built, operates, and manages the SDO spacecraft for NASA's Science Mission Directorate in Washington, D.C.

Chillin’ on the Snow

We Are Who We Are - Kesha