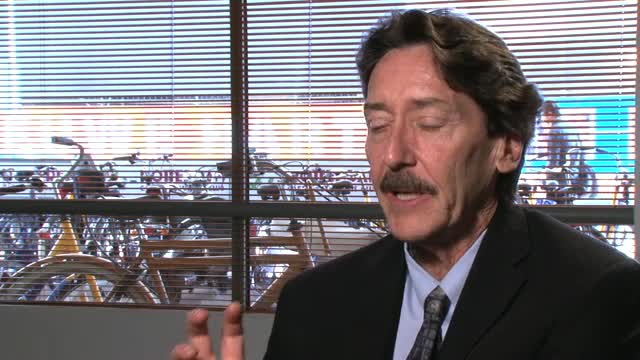 car-based society to growth of public transport
Click here to play the animation
Link to Page
Close
Did you know there is a Y8 Forum?
Join other players talking about games

Rising gasoline prices and our concern over climate change is going to bring about regulation. So public transport is going to without question play a more dominant role in our cities. It's just simply the most resourceful way of moving people. There is not a better way to move lots of people per kilometre of road space. It's just simply the most resourceful, efficient use of road space. I think without question as gasoline prices become higher and we have a lot of concern about the environmental costs of a car-based society, public transport will grow.

I think what we're going to find, is a lot of variety of public transport services. What we're finding, is that some households are receptive to living in cities where walking and cycling and going to everyday activities are a part of your urban existence, so they are drawn to very walkable places. There are going to be environments which are very conducive to transit-oriented development, compact and mixed use places. We'll see very efficient forms of high-capacity transit, not unlike metros, but maybe trams and light rail. But I think on the other hand we're also going to find households that are drawn to lower density lifestyles, so we'll see flexible forms of bus traffic transit as well. I guess what I'm saying, is that there will be a variety of public transport services, in certain ways matching the increasing diversity and heterogeneity of household structures and lifestyle preferences. Very much a combination of market forces and regulatory trends, and again, exogenous factors like gasoline prices, are going to steer the market.
In terms of technology, these are pretty much standard vehicles. It will see revolutionary changes in propulsion systems, be it lithium-ion batteries, who knows, maybe even hydrogen fuel cells. Clean low-carbon types of propulsion systems, probably some systems which are a kind of a dual propulsion, dual track systems, where the same vehicle that runs on a tram line or a metro line can adapt and potentially be a feeder low-density service, even potentially rubber tired vehicles. We've seen that in France, where rubber tired vehicles can also operate on track. So this kind of adaptive, flexible technology is the sort of thing that we'll see. I rather suspect as well that with information technology we're going to have the capacity to run trains more frequently at shorter headways. Control systems are going to allow a lot more efficiency and intensity of transit services. And then with cellphones and GPS the ability to sort of track where people are and where they want to go to, and develop shared ride taxis or shuttle kinds of forms of public transit, to really optimise routing and dispatching.
In many ways, I think, what we're seeing, is a diversity of travel patterns, household structures, lifestyle preferences, and public transit is going to have to match that. We're going to have a lot more variety and diversity of choices. In certain ways I think the point of resistance is that there is so much built-in inertia and institutional inertia toward that. What we find, is whenever we try to come up with innovative forms of public transit, in many ways the current beneficiaries of the somewhat monopolistic market place, like taxi companies or even public transit agencies, try to fight and resist these efforts to innovate in this regard. I think a lot of the technologies are there. Whether we have the institutional capacity to really introduce these types of innovative changes, remains to be seen.