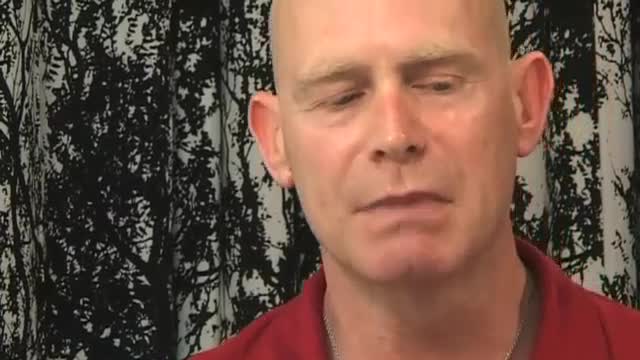 All mass communication media- including, therefore, television, and perhaps predominantly television, in our culture- follows similar patterns, historically, of domestication and then personalisation. To give you an example, in my generation, the telephone- iconically- I mean, when I was a child in the sixties- the telephone occupied a place at the dividing point between the public and the private domains. Typically for my generation in the sixties as a child, the telephone was in the hall. It stood near the front door, and marked the division between the public and the private. In the previous generation, for my parents' generation, before it came into the home, it was entirely in the public sphere. It stood in red telephone boxes or around the neighbourhood, or in offices. And so, between that first generation of telephones and the second generation - let's say my generation- it had moved from the public domain, and in offices into this hallway area. Then it moved, once it split up from the party line, it moved further and further into the house. And once it did that, and once wireless technology was developed, it became possible to have for example your own phone extension, or your own phone line, or your own handset that you carried around the house. So these phones became more and more identified with the personal and the private. At the point in which mobile technology was developed in the eighties, and through the nineties, and today, what happens is that this item becomes more and more personalised, it becomes identified with 'me', it stores my photographs, my numbers, entirely personal to me. So I don't know my best friend's home number, I only know his mobile number. This pattern of domestication, and personalisation, you can see in the television, for example. It starts in the public domain; few people have them. It moves into living rooms, let's say still that dividing place between the public and the private, then it starts to migrate into the bedrooms and into other private places, and now, it's in transition, I believe, to being completely personalised, either as part of the individual computer, or the individual portable computing device, which is to say the mobile phone itself. And all mass communication media, including in fact the movies, follow that same pattern of domestication and personalisation, ultimately. So, when people talk to me about convergence, for example, I sometimes think that what they're really talking about is personalisation. And we have quite some way to go before all media become truly personalised and maybe it's only people who are experimenting at the moment with the implantation of the media into the body that understand the degree to which that is still possible in the future.