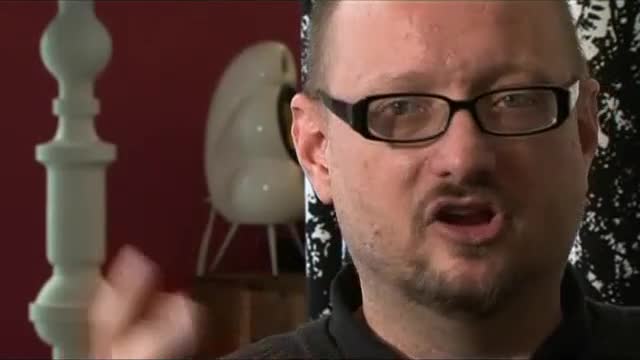 What are the common drivers that really are helping us to shape the future that is emerging? And the three that really stand out for me are around participation, interconnection and leapfrogging. Now, participation and interconnection are kind of Web 2.0, Tech 2.0 buzzwords in some ways, but what I mean by them... Participation is collaboration and a capacity to share ideas and share work. Interconnection is a more technologically focused driver in that it refers to the capacity, or the bandwidth, the media through which we can engage in this kind of sharing, the connections and the relationships between different communities and different people. Then leapfrogging. Leapfrogging is something of an outlier, because it comes not from the world of tech, but actually from the world of political science. Back in, I think it was 1973, a political economist named Alexander Gerschenkron wrote a piece called 'Economic Backwardness in Historical Perspective', essentially arguing that states, countries that have fallen behind in some way economically and technologically, under certain conditions can adopt cutting-edge, or more recent models of technology, recent models of economic development, and adopt them more quickly and more fully than their ostensibly more advanced competitors, in that sense leapfrogging over what have become middling, almost too well established technologies and economic practices. The example that a lot of people think about today is the widespread and rapid adoption of wireless mobile phones, of wireless mobile technologies, in developing nations like India, developing regions like Central and Southern Africa. Rather than investing money into a landline infrastructure, they've just leapt over that and have been investing money into the development of this wireless infrastructure, to a point where the penetration of wireless technology, wireless phones, is greater in some of these developing nations than in some ostensibly more developed nations. So with the leapfrogging driver, what that's talking about is creative disruption, not in the Schumpeter creative destruction sense, but in creating the innovation providing a way to break the linear pathways, to jump to a new model of behavior. So this intersection of the participation, interconnection and leapfrogging, to me seems to be a useful lens for understanding the kinds of futures that are emerging, whether we are talking about environment, politics, technology, whatever. How do these three balance out? You're never going to have a future that is just one of those, but you may end up having different futures, in different regions, different countries, biased towards one more so than the other. And then, what does that mean? What's the competition that emerges if you have one place that's really focused on leapfrog innovation, while another is taking advantage of technologies of participation?

technology is means, not goal