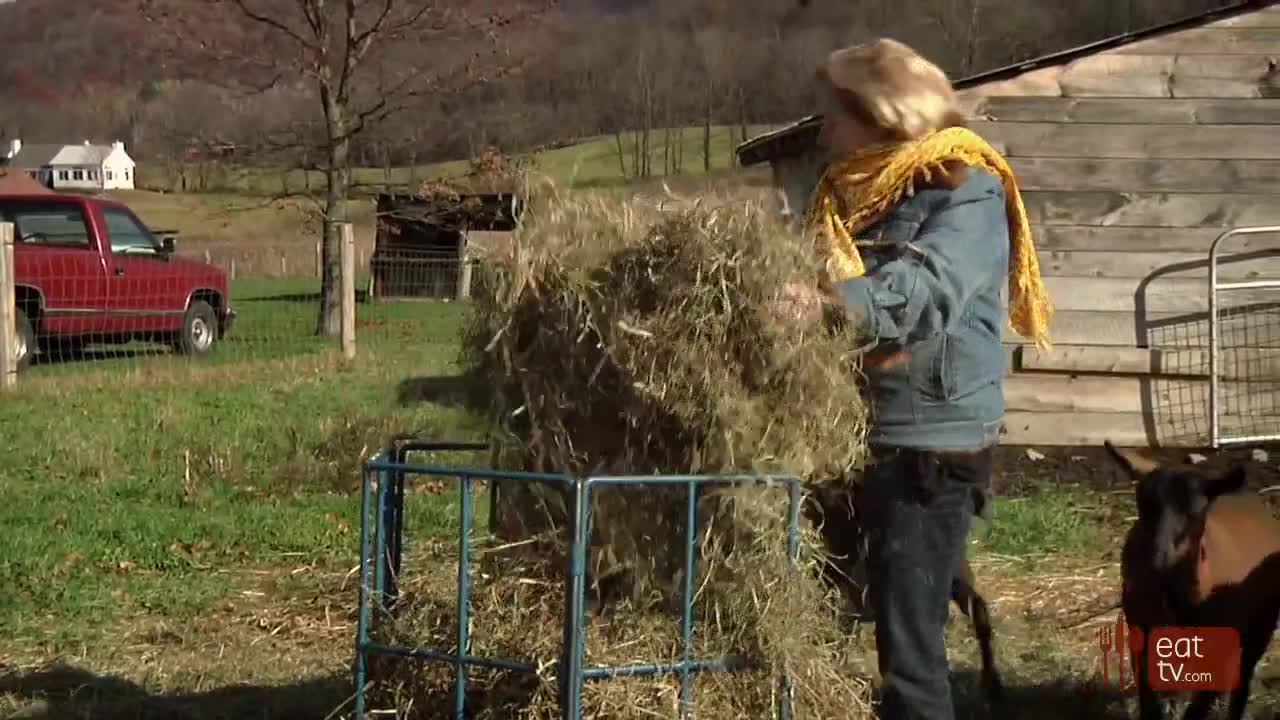 Cheese is not Downloadable

Cheese is not Downloadable
Click here to play the animation
Link to Page
Close
Did you know there is a Y8 Forum?
Join other players talking about games

Former record label exec Chris Gray enjoys cheesemaking because, unlike music, cheese can’t be pirated: “I decided to get into something that you can’t download, and you can’t digitally replicate. Everything we do here is handmade. And so there’s something eternally unique about what this is. And it’ll always be valuable, as long as we keep making it delicious.”
Chris used to develop artists; now, he develops unique batches of artisanal cow’s and goat’s milk cheese as co-owner of 10-year-old Consider Bardwell Farm. He’s a character in a larger story that takes place in West Pawlet, Vermont, on a gorgeous 300-acre dairy farm. The tale begins in 1864, when a man with a curious name—Consider Stebbins Bardwell—founded the first cheese-making co-op in Vermont. Cheesemaking of the Colby/cheddar style may have ended there in the 1930s, but firmly established on this gorgeous estate was a name and a reputation for quality cheesemaking.
Fast forward to 2001, we find the kind of modern farm story that appeals to the foodies and the twitterati. Picture this: high-profile New Yorkers with an itch for the range life make a move to the country, producing the kind of artisanal cheese their city brethren would just eat up. And, like the story of the farm itself, they do eat it up.
If anyone loves a good story, it’s Consider Bardwell Farm’s co-owner Angela Miller. A top literary agent representing food writers Mark Bittman, Jean-Georges Vongerichten, and Marcus Samuelsson, she always dreamed of returning to the rural life she experienced growing up on a farm, where her love of cheese earned her the nickname “Mouse.” Trading her Jimmy Choos for Shit Kickers, Miller and her architect husband Russell Glover worked with master cheesemaker Peter Dixon to establish the next incarnation of cheesemaking on the site, named after its original owner: Consider Bardwell Farm. The team built an operation that now produces 45,000 pounds of award-winning artisanal cheeses that may take inspiration from the Europeans, but is uniquely theirs.
“It’s Sunday morning at 9 am and I’m washing cheese,” laughs Chris from one of the farm’s four cheese caves. This is a guy whose post-club bedtime is now close to his farm-chores wake up time. Before moving to Vermont, Gray commuted between hipster mecca Williamsburg, Brooklyn, and West Pawlet, carting cheese in the back of his 1996 Toyota to sell at greenmarkets, stores, and restaurants.
He used to peddle music, but now it’s cheese: “I turn yellow into green,” he jokes. “The funny thing is when you get to the country you think that life is going to be quiet and simple. I’m more busy here than I was in the city, frankly, because there’s always something to do. The amount of work here is endless. That’s one thing they don’t tell you in the move to the country scenario.” Peter Dixon works in the cheese caves and creamery, while Angela Miller and Russell Glover still split their time between honing their creative pursuits in New York and their cheesemaking ventures in Vermont.
“I never thought I’d love goats as much as I do,” Angela claims as she nuzzles and coddles these chocolate-colored animals as if they were her own children. Today she can recite the names and personalities of each of the farm’s 100 adorable, knee-sock wearin’ Oberhasli (Swiss Alpine) goats—there’s California, Daffy, Taffy, and Petunia.
She’s also been known to fall asleep with them in the barn. Perhaps it’s this nurturing that helps these animals produce milk that becomes such exquisite cheese as the Mettowee, a fresh, creamy chèvre, or the Manchester, a nutty, earthy peasant tomme made from raw milk whose flavor changes depending on rotational grazing.
The farm also uses butterfat-heavy Jersey cow’s milk from a neighboring farm to make delectably rich cheeses like Pawlet, the Italian-style raw milk toma, and the pungent, washed-rind Dorset. Using a blend of modern technology and age-old processes, all of the farm’s cheeses are handmade in small batches, and aged entirely at the farm, which gives the team complete control over quality.
The attention to detail shows: the cheeses have earned a slew of awards and accolades, including the American Cheese Society’s “best in category” and “3rd best in show” for Rupert, while Dorset, Manchester, and Pawlet have all earned ribbons at the World Cheese Awards. And they tick all the buzzwords: they’re made from animals that graze on pesticide- and fertilizer-free pastures, the milk is antibiotic and hormone-free, the rennet is vegetarian, and the farm is Animal Welfare Approved.
Consider Bardwell is a modest operation, but one of a number of artisanal creameries that is helping Vermont keep its cheesemaking legacy alive at a time when dairies and creameries are shuttering at alarming rates: in 1950, there were approximately 11,000 dairy farms, while today there are only 1,000. It’s the kind of story that makes slow foodies and locavores go wild. Add to that a kooky name—everyone wants to know who or what a “Consider Bardwell” is—and folksy yet smartly-designed labels, and you have one appealing narrative.
This hyper-local tale extends across the branding, where each cheese is named for one of Consider Bardwell’s cute neighboring towns, rivers, or mountains. Pawlet is described as “a versatile cheese, like the town of Pawlet, VT, which brings us slate, syrup, and timber.” Danby, the feta, is “as pure and white as the marble pulled from the local Danby, VT quarries.”
Through a combination of Chris’s marketing savvy, Angela’s food connections, Peter’s expertise, and a lot of sweat and toil, Consider Bardwell cheese is loved by those who know cheese. It’s stocked everywhere from Murray’s (NYC) to Formaggio Kitchen (Boston), and is served at many of the best restaurants, from French Laundry and Blue Hill.
If you’re lucky enough to make it to West Pawlet, Vermont, it’s even served right in the barn’s cafe, with make-your-own grilled cheeses. How’s that for farm-to-table? And if Angela’s not in Manhattan having lunch with Jean-Georges, she may just pull up a chair and enjoy one with you.

Popchips Commercial: Katy and the Popcats

Birds at the Beach Side

A Mother and Baby Giraffe