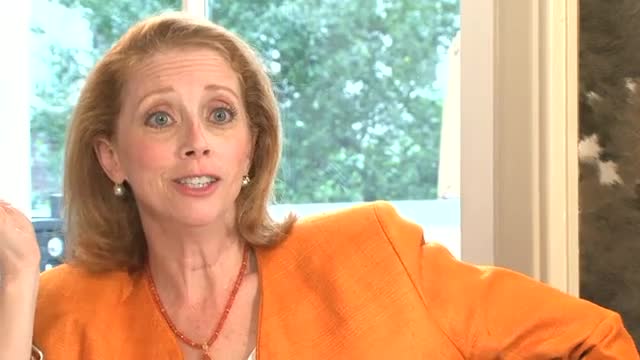 I see some differences in the way that mobile phones are affecting our daily lives and culture.
Again I want to say I think primarily 90... 95 percent of this is really good, it’s doing great things. Culturally speaking it’s having a lot of different effects, depending where a particular culture is.
So I live in the urban United States. How it’s affecting me is very different than the way it’s going to affect people in developing parts of the world. So if you are a farmer in Africa or in China or anywhere in a not as developed part of the world, people are starting to use their mobiles for their very existence. They’re using it to be able to find out what the weather forecast is. They’ve never been able to tell what the weather forecast is other than looking up at the sky or, you know, feeling the humidity on their skin or hearing from people that have been travelling ‘Oh yes, it’s raining in the north’ or ‘It’s raining in the south’. So by having the phone as an adjunct to what their livelihood is, they’re able to do it better. They can plant more efficiently, they can harvest more efficiently, they can get to market more efficiently without having food rot or spoil. So it’s having a cultural difference in that sense, which is brilliant.
What my concern goes to is what happens when the children of mom and dad who are the farmers, or they’re manufacturers or they’re retailers or they’re travelling salesmen - I mean it’s not just an agricultural thing – what happens when their children pick up this device and, you know, start pushing some buttons and go ‘Oh, wow, games...’, and they start bringing in pre-existing material from other cultures. We haven’t really adequately examined to the best of my knowledge, although part of why I’m doing what I’m doing is to see where the research is happening and to link people together, but we haven’t really considered what’s happening when we’re importing cultures into other cultures. Different cultures have different acceptabilities in terms of morals and standards and behaviour and all. And for some of the games that are out there, if this is the first thing that a child in India sees or a young person in Nepal or anywhere in Africa sees, I worry that what they’re actually seeing is the worst representation of my culture rather than the best. And who’s paying attention to this? Who’s watching this? I’ve had people say ‘Oh well, just take the phone away from them’, but that’s a very easy answer to a very complex dilemma.