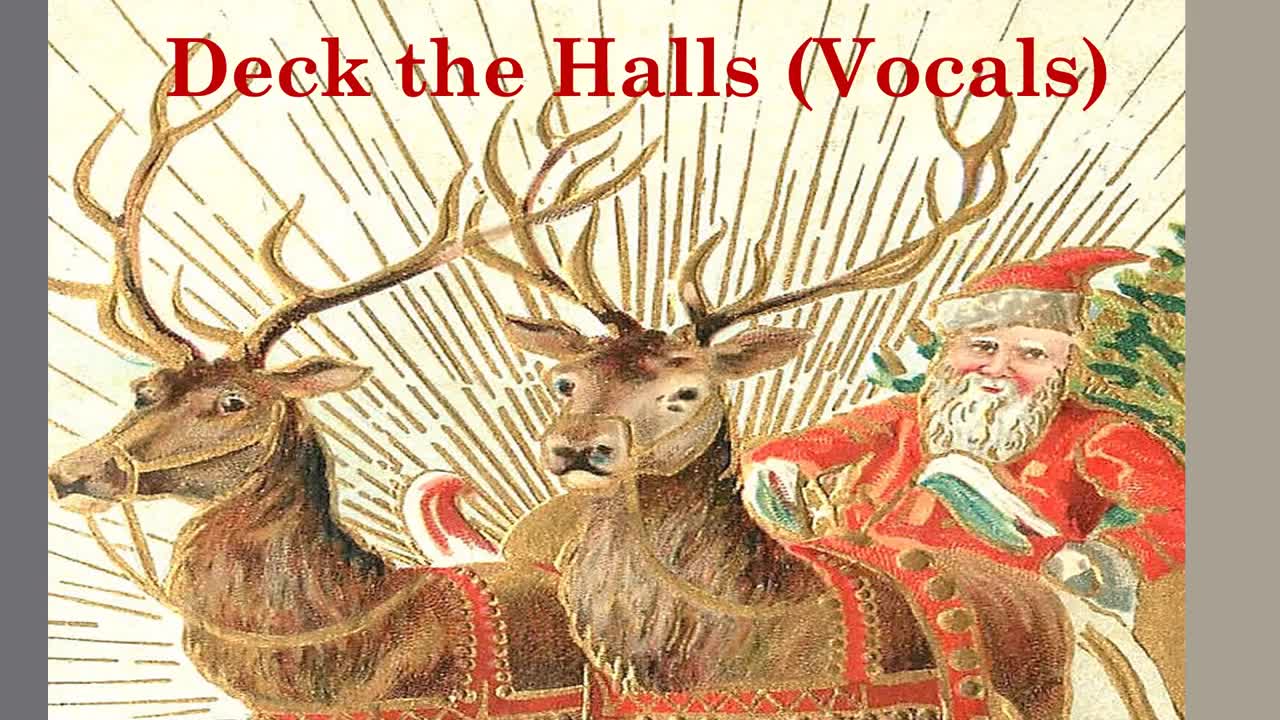 Deck the Halls" or "Deck the Hall" (which is the 1877 title) is a traditional Christmas, yuletide, and New Years' carol. The melody is Welsh dating back to the sixteenth century, and belongs to a winter carol, "Nos Galan", while the English lyrics date to 1862.

The tune is that of an old Welsh air, first found in a musical manuscript by Welsh harpist John Parry dating back to the 1700s. Poet John Ceiriog Hughes later wrote his own lyrics. A middle verse was later added by folk singers. In the eighteenth century the tune spread widely, with Mozart using it in a piano and violin concerto and, later, Haydn in the song "New Year's Night."

Originally, carols were dances and not songs. The accompanying tune would have been used as a setting for any verses of appropriate metre. Singers would compete with each other, verse for verse—known as canu penillion dull y De ("singing verses in the southern style"). Consequently, tunes originally used to accompany carols became separated from the original dances, but were still referred to as "carols". The popular English lyrics for this carol are not a translation from the Welsh.

In 1862, Thomas Oliphant's English lyrics, "Deck the Hall With Boughs of Holly", appears in Welsh Melodies with Welsh and English Poetry, volume 2. published by Addison, Hollier and Lucas, 210 Regent Street, London, England. The Welsh melody with English lyrics then appeared in the December 1877 issue of the Pennsylvania School Journal, with the melody, described as a "Welsh Air" appearing in four-part harmony. The melody is substantially today's, except that the third "Fa la la" is omitted. An identical printing appeared four years later in The Franklin Square Song Collection.

Charles Wood arranged a version, the words from Talhaiarn; translated by Thomas Oliphant. Oliphant died in 1873 and the English version of the 1881 publication (The Franklin Square Song Collection) is also attributed to Oliphant.

Piano Keys Track Along Close Up

Billboard: The End Of The Silent Magazine

Armin 2AFM - Divoone - Behind The Scenes

The Best One Man Army Entertainer