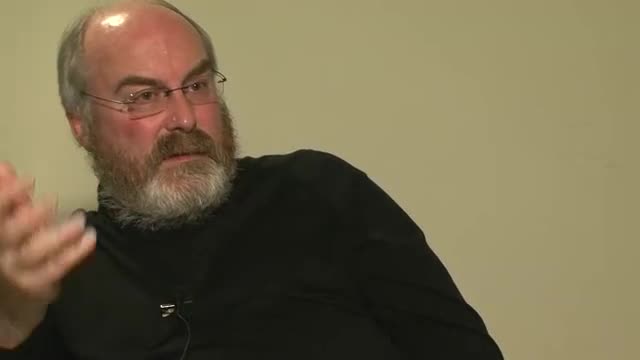 The key thing about any tool - and technology is just a tool - is when you pick it up it should fit your hand. You shouldn't have to bio-reengineer your hand to fit the tool. Now, one of the problems we've got is that people have become techno-fetishists, they've come to believe that technology can do everything. And they've come to believe that if you just throw enough algorithms at enough data, you can actually find out what's happening in the world. Now, regrettably, that isn't true.
My favourite way of explaining this to IT people, which they get upset about, is: Chomsky's theories of language were disproved in cognitive science over fifteen years ago. There are no deep structures in language. There is no grammar imaging. Now the consequence of that means that actually language interpretation is like Newtonian physics: useful within boundaries, but it doesn't work beyond the boundaries. In fact, there are chemicals in the brain - this is Freeman's work - which actually produce small deviations in the way your brain remembers anything. In evolutionary terms that means you're constantly changing your interpretation of what you see, but it means language means different things every time you use it, in subtly different ways. So I think what you're seeing is the semantic approach to a synthesis is a problem and what you'll also find is that people are trying to aggregate. So they haven't broken the concept of summarization of documents. They're just trying to get a computer to do it for you.
The reality is, a system in which human beings link and connect people and use computers to augment the human intelligence is a very different world. And I think the companies who get that fast will survive. Because what happens during a paradigm shift is, the previous dominant predator falls off. They often recover as something different. So IBM recovers as a service company, but never at the same level of dominance. This is a prediction, I'll probably get it wrong, but I think what you'll see is, Google will actually lose the dominance of search because they're too locked into a particular successful paradigm. But you can already see them reinventing themselves as an application software company. I think they've got the cloud wrong, but never mind. But basically as an application company they're extremely successful and they'll get more successful that way. Microsoft probably becomes a games company, because they're losing the operating system market to infinitely better competitors.
And that always happens during a paradigm shift. The dominant player in the previous era loses out. There's then a limited period for somebody else to become the new dominant predator. This is the dominant predator theory in ecology. The minute a predator establishes themselves the rest of the ecosystem organizes themselves around the predator. So actually at the moment it's more critical than it ever has been for executives to take this stuff seriously, because give it five or ten years, the world will have resettled down into a new paradigm.

Bring Your Own Technology ACMS