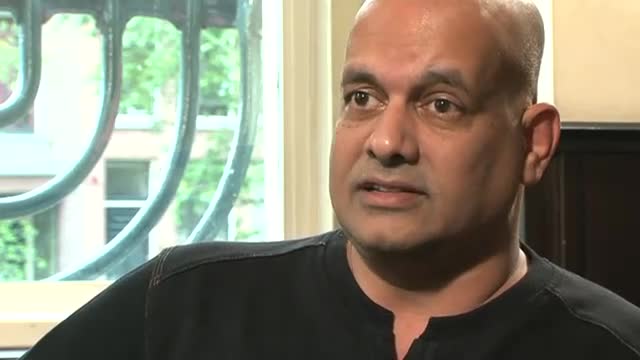 The framework I've used in my analysis in my books, CD's, in my research etc is what I call “the 8 C's of the information society”. They are very straightforward. First of course is connectivity: how many people are connected to the information society through the internet and mobile phones; how much do they pay; how much bandwidth is there, etc. Second is content. What kinds of content do they access, do they publish: is it music, is it text, etc. Third is community; which is the very important people part. Who are they talking to; who do they get information from, how do they work together as a community in the country, across the globe through diaspora populations, etc? The fourth is commerce: what are they buying and selling through this? Is it just an information conduit or is it a transaction platform as well. There is the culture part: what does the culture of that country in terms of increasing new technologies, free flow speech , etc. .
Then you have the corporation. A lot of these things cannot be done by just one company, one individual, one country. You need industry alliances, you need regional groupings, you need the United Nations, the World Trade Organisation. So how do these kinds of corporation initiatives happen in the country ? And then of course there's the last one, which is capital. Who is going to pay for this? How do we make money out of it? What are the venture capital dynamics of it? How can a company go public in a particular country? Many of the start-ups in smaller developing countries cannot go public in their countries because they don't have a very good stock market infrastructure. But luckily countries like India, Brazil, etc have ways for companies to go public, get foreign investment, go public, and other stock exchanges, etc.
So based on these eight C's we've come up with sort of evolution of information societies in different parts of the world. The first category for instance is restrictive. These are countries which have a very tight hold on information flows within the country. For instance a good example is the recent case study of Twitter and other kinds of micro blogging sites in Iran. So the Iranian government was trying to control what was happening in Iran, but the Twitters, bloggers were using the internet to publish their information; their version of what was happening. So that's a good example of a country where new media can disrupt existing cultures of political censorship. .
The second is embryonic. These are countries that have gone past the restrictive state, Afghanistan is a good example. The new government now wants to open up or wants to invest in new kinds of technology. But it's at a very embryonic stage. A lot of the infrastructure has been bombed out during the wars, so they've got a very long learning curve and developing curve to begin with.
Then you have the more intermediate kind of countries: China is a good example. China wants the money part of new media. They want to get into the hardware end of things. They want to make and sell cell phones. But they're nervous about the free speech which comes with it. So they're negotiating. They're negotiating the good and the bad, the free and the monetary aspects of new media.
Then you have countries like India, which fall in the intermediate stage. We don't have problems with free speech, but we have a big digital divide. We have a lot of problem with multi-lingual content exchange - in different languages, using new media.
Then you have the mature countries, this is category number 5, these are countries like New-Zealand and Australia, who have very good diffusion of these technologies, but don't project it very well enough around the world. Nobody knows the names of the seven operators in New-Zealand and name any new-Zealand company which makes cell phones for sale in Africa. So locally there's a very good adoption of new media, but it's not being projected across the world.
Then the last category in Asia would be Japan and South-Korea, who not just use these technologies, but create and export these technologies around the world.