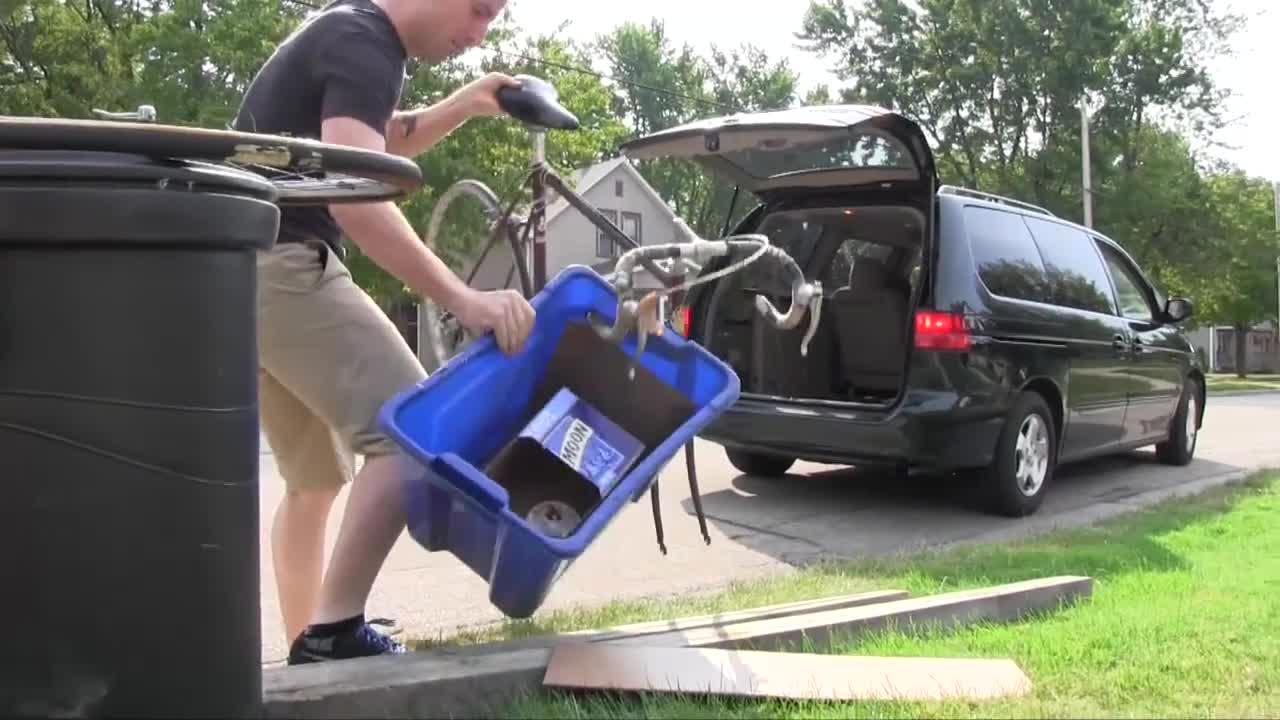 Crack open a cold 40 and watch us take three ratty old junker bikes and turn them into race-ready fixed gears. Using the all new EighthInch Fixed Gear Conversion Kit and just a few basic tools you too can bring an old 10-speed bike back to life!
The kits include EighthInch Amelia wheels with tires & tubes already mounted, 16t cog, lockring, EighthInch Courier cranks, EighthInch bottom bracket, and a KMC chain.
Choose from Black, White or Silver, whichever matches your bike best!
Pick up your kit now at EighthInch: eigthinch.com/categories/876-conversion-kits.aspx
Here at EIGHTHINCH (eighthinch.com), based in in Appleton, Wisconsin, our bikes and components are engineered to be simple, functional and affordable. We strive to bring the power of cycling to the everyman. Commuting, bike polo, joy riding, freestyle--whatever flavor of life on two wheels (or one, or three) you enjoy, we salute you. The urban renaissance is here; we believe in it--together we can take back the city.
Though EighthInch is primarily a direct-to-consumer brand, wholesale accounts can be established for bike shops with a physical, brick-and-mortar presence. Rather than sprawling out to the suburbs, we benefit from the clustered energy of city-dwellers working individually and together alike to demonstrate the whole is greater than the sum of its parts. Cities, as a collaborative endeavor, are capable of amazing feats of culture, technology, economics and human expression. The density of life in a city is unmatched and to maneuver through narrow streets and congested boulevards, the bicycle is the ultimate human-scale solution. We will always need our cars, our trains, our planes and buses; but for our daily lives, no other mode allows us the freedom of a simple bike ride.
The bicycle—this simple machine—allows us to understand things as they actually are; our senses are heightened, our bodies thank us for the movement and fresh air, our minds are clear and strong, our zeal for life renewed. The power of the bicycle is especially apparent in our urban environments. Cities, now more than ever are alive with energy and movement; many of our most industrialized cities are emerging in the 21st century with a second lease on life. Old factory estates where our grandfathers toiled in soot and steam now are redeveloped as living areas and parks. Our energy is focused on regenerating urban cores, developing communities and pursuing meaningful modes of living.
If you already own a Fixed Gear Bike or are considering one, we have Fixie Bikes for Sale and are experts in building:
Fixed Gear Bikes / Fixie Bikes
Single Speed Bikes
Fixed Gear Bike Parts
If you are looking for a Fixed Gear Bike / Fixie Bike or a Single Speed Bike / Single Speed Road Bike visit one of our dealers or contact us today through our website (eighthinch.com) or by phone at 920-560-2493.

Group Ski Around In Amazing Sync!