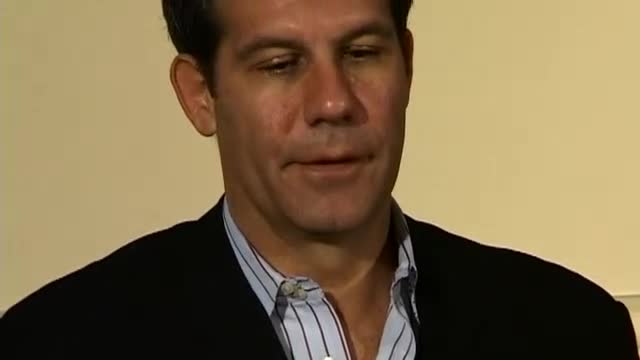 Florida: Multiple identities in a Mosaic-society

Florida: Multiple identities in a Mosaic-society
Click here to play the animation
Link to Page
Close

We have given rise to a society in which nationality is far less important. And I think people think of themselves as members of a global creative community. Let me tell you why. If you look at the mobility patterns of scientists, if you take the group that you might consider to be at the cutting edge of creativity, there's very little in the way of allegiance to a country or a place. They will go to the place they can do the best work. If you look at artistic creativity, I think we're moving to a much more global world.But at the same time for people outside the creative world, identity, nationality, religious identity, becomes their only connection. So if you can't participate in the creative economy all you have left are these other forms of identity. That said, I think that identity is really more complex than that. I think people are taking on multiple identities.What I say in ‘Flight of the Creative Class' is I think there's an organizing principle for the creative age around identity. And I think the Canadians have given that to us. It's called the mosaic society in which people can be a musician, a technologist, a Dutch or a Chinese or an Indian, and a Canadian. And all of those things can fit together in a mosaic and be valued instead of the contrasting American pattern, or Western pattern, the one that's being promulgated in Europe and particularly in France now. We have to assimilate people to be more French or we have to assimilate people to be more American.I think that the Canadian thing... I've interviewed a ton of immigrants. Immigrants who have participated in the mosaic society and had that principle work for them are much more happy and contented with their role, because they don't feel torn between a new identity and an old identity. I think identity is becoming much more multi-leveled and much more mosaic.Let me say one last thing: I think that all of these forces put a lot of pressure on the human being. I think one of the great, great, great challenges of the creative age, we've seen it in artistically creative people before, we've seen it in scientifically creative people, is psychological breakdown. And I think the great challenge of the creative age which we're only beginning to recognize is that all of these pressures of identity, of figuring out how you connect to the economy, how you adapt to technology, how you work in a global environment, when other institutions have broken down: family, relations, community, union, company, that the stress on the individual is enormous. I think this is the one indicator of a big issue to come... I think in Europe you're much ahead of us on this, work life balance, dealing with the stresses that affect the individual, making sure that creative people have the psychological support they need. That is a big issue to building an inclusive and sustainable creative society.