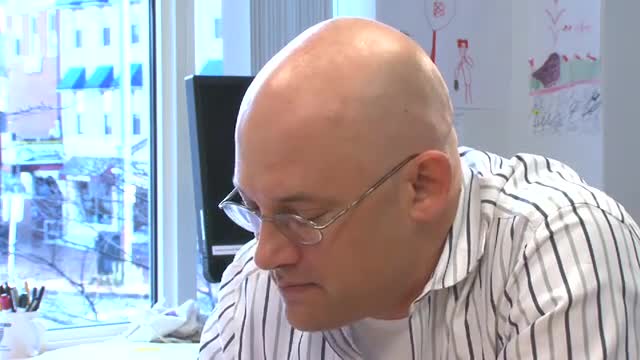 The stupidest literature in my field is the stuff that starts with Gen X is like this where as Millennials are like that. I mean it's like Chinese astrology with decades instead of years. Everybody see the Year of the Goat as one way, and everybody see the Year of the Dragon as another way. It is so unhelpful as an analytic unit, and it is not that there are not differences between generations but those differences are not because they are different kinds of people, the difference is because there are people who are responding to different incentives. And there is an enormous range of behaviour within generations, and there is an enormous overlap of behaviour between generations. So if you want to say anything sensible about young generations versus old generations. You have to look I think not at their behaviour or a tribute psychological cohesion towards an entire cohort of a billion people. What you'll have to do instead is to say what's true of this environment, the environment that wasn't true and the environment that is true. And everybody focuses on the present of the new stuff. Now they have Facebook, well, old people are adapting to Facebook too. The fastest growing group on Facebook is over 35 now. So the present of the new, may well be picked up by younger people first, they have more time on their hands, then by older people. But the real difference in the generations is the stuff that we know that is now wrong. That is where we should be focusing on, if you want to explain the difference... The difference between me and a 25 year old isn't that they know more about the technology than I do, they don't, I have them in class. In fact I'm in class because I know more about the technology than they do. The difference between me and a 25 year old is I can remember a world in which every evening three different white men telling me the news was absolutely, literally, my only choice. That was the entire range of the communications landscape. In a broadcast network, there was three channels, all of which fielded basically the same product. All in English, no real variation of political points of view. And I can explain that world to a 25 year old, the 25 year olds I deal with are quite bright, they obviously listen to me and know that that happened, but I can tell they can't feel it. And every year it gets a little harder to just describe the scarcity of the media environment I grew up in. So that I think is the generational change, it is not so much that there are these kind of digital natives who are incredibly sophisticated about the tools, in many ways the tools has gotten so easily to use that they have to know less about the guts of them then people old enough who have to learn something about how the computer work or the network and how to use it. The big gap is that they don't have any of this cultural baggage of us waiting for the environment to get scarce again, because that is what we grew up with. And I think that change, when I try and think about these technologies now, I find I spend much more time weeding than planting as it were. It is harder for me to figure out which assumptions I now have that are wrong, then being able to observe the new stuff that is happening. And that I think is under emphasized in this comparison of generations in part because it is not a flattering analysis to old people. What it says is we're the ones who are out of sync with culture and it is because the world we remember completely vividly having have a full adult experience of this world it is never going to return and we would actually be better citizens of the world if we were able to simply forget that that had happened at all.

The Anatomy Of A Rolex