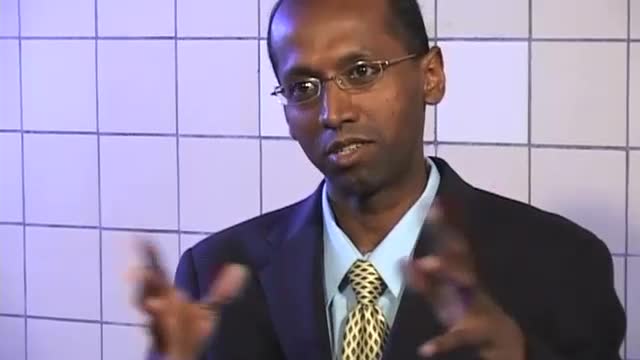 The orchestra shows the classic organizational model, where you basically have one guy, the orchestra conductor, who directs the whole team. That is the way organizations operate today: you have a charismatic CEO, who basically comes up with a strategy, and then he asks his music band, his company band, to play to his tune. So that is great. The problem is that there is no kind of creativity r freedom among the individual musicians to act on their own instinct of for example what could be the right music to play. Contrast that with a jazz band, which is much more fluid. If you listen to any jazz band, the thing that amazes me is that there is no-one sitting in front of them directing the jazz band. Because if you try to do that, it will be awful. So the metaphor is that in a jazz band, you have a new type of leadership style, where you have every member taking cues from each other. So they are not necessarily expecting someone giving them orders from above, but rather they are taking cues from their fellows and their community. So the jazz band for me embodies the future of management, which is more about facilitating interactions among team members and listening to their needs and then socializing with them, as opposed to just either giving orders, or executing orders. There are some projects, one is by a professor at MIT, which is trying to look at how you can scale the jazz band. And I think he has tried to do that electronically, using a mix of real-life music players and some technology as well, to see whether the dynamics of a jazz band can be scaled. And some of the research shows that actually they can be scaled. But I think an important point is of course the size of the band. That is why the communities as well need to be decently sized, so that they don't become too big, because then you will have chaos as opposed to innovation or creativity.

How to Get Children to Enjoy Eating Vegetables