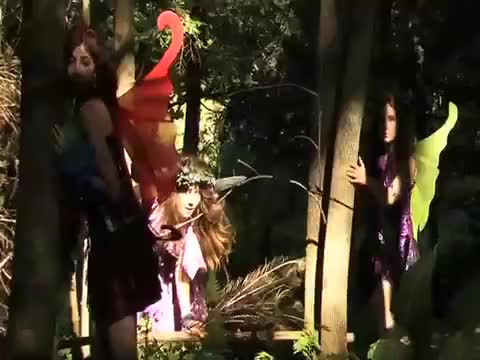 A Trailer for Mariam Massaro's upcoming independent movie. A brief description follows below:
The story begins with the celestial origins of the Gaea Star Crystal, the home of humanity. Eons ago when the enchanted Mother Gaea had magical creatures that roamed freely, not yet hidden in the unseen realms by the veils of unbelief, faeries still danced in the moonbeams, elves played in the forest, and unicorns pranced in the meadows. The beautiful land was a paradise, peaceful, pure and fertile. Crystals were revered as recorders of wisdom and appreciated for their great healing powers.
As the purity of Mother Gaea began to fade, clouded over due to uncaring people, lack of love, and greed, the Mother Gaea became dangerously out of balance. The rapid advances of technology magnified the effect of power used without love. The simple ways of living, with connection, harmony and commitment to preserving Mother Gaea for future generations waned. Tribes gather in the hope to somehow heal this critical dilemma of the aching earth before it is too late.
The forces of light hear the cry from Mother Gaea's whales and respond to her aid by sending a call for assistance throughout the Universe. Archangel Michael's lightworkers take on a divine mission and incarnate with specific healing purpose to save Gaea, yet more challenge is introduced when Archangel Lucifer adds ... 'Yes, but they won't remember why they came to Gaea until they awaken of their own free will.'
The ancient elders buried the crystal wisdom keepers throughout the world to preserve their sacred knowledge until the great awakening. As the elder Nidantu passes, he asks his grand daughter Shalaya, to find the crystals that hold the essential wisdom to re-balance the earth. She's guided to sacred lands and meets other crystal seekers who join her as each awakens to their own true purpose. The seekers pledge to listen to their guiding inner voices and to live respectfully and harmoniously with the Mother Gaea. They encounter spirit keepers, wise ones, animal and elemental spirits ... all appearing with messages to help them on their crystal quest. The celestial origins of the lightworkers are revealed as well as a timeless love story between Shalaya and her Twin Flame, Ashento, a seventh realm celestial master.

Firefall - You Are the Woman Music Video