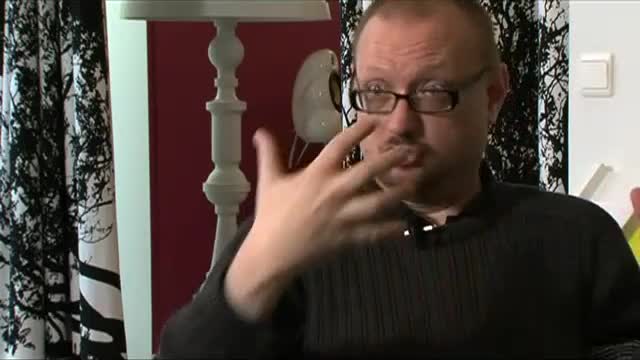 Geoengineering is sort of a big blanket term that covers several different kinds of activities. Really there are two big categories. The first is what you might call carbon management, which tries to take carbon dioxide, methane, out of the environment and bury it underground typically. And that would actually be something of a solution for global warming if it worked. But it's very difficult and even the kinds of approaches such as biochar and simply growing more trees and some more experimental things called fertilizing the ocean by causing more algae blooms to consume CO2, these things might work but they take a long time. And if the concern that we have around the environment is that the crisis is happening faster than we thought then slow responses like carbon management don't help us much. The other big category is something we might call temperature management. That usually comes down to increasing how reflective the planet is. The earth reflects a certain amount of sunlight. What has been a problem for the earth, the reason that global warming is a problem, is that we're absorbing a certain amount of heat and it's not being released. What this kind of geoengineering would do is actually increase the amount of sunlight bouncing back by less than 2 percent. That's all you need to do to keep temperatures stable. Now, how do you do something like that? Well, there's a wide variety of approaches that can be taken to increase how reflective the planet is. Science fiction writers used to talk about putting big mirrors in space, and there are still people who talk about that idea. That would be lovely if it were possible but it's really not technologically possible right now. We just don't have the infrastructure, we don't have the industry, we don't have the launch capacity to make something like that happen. So that's science fiction, it's not going to happen. The utterly low-tech version would be changing the cities so that all buildings have white rooftops. If you look at the rooftops of buildings and homes, they often have brown or gray rooftops, and it turns out that absorbs heat. So if you change those to white rooftops you're reflecting more heat. And it turns out that there have been a number of research projects showing that if all of the houses in cities in the sunny areas, like Los Angeles and San Diego and Texas and Spain had white roofs, that would reflect a fair amount of sunlight and that would help to keep temperatures down. But it still wouldn't be enough, even if everyone had a white roof. So the form of temperature management geoengineering that is getting the most discussion and seems most likely to happen is something around putting stuff into the atmosphere to reflect a little bit of sunlight. Now, the model that a lot of people talk about, that I think is a good explanation as to why we know that something like this would work, is that when a volcano erupts it puts a lot of stuff into the atmosphere, including sulfur dioxide, basically sulfate particles, a little sulfur oxygen mix, into the stratosphere, that is basically up above where jet aircraft fly. When Mount Pinatubo erupted in 1991 it put a lot of stuff into the atmosphere, and actually lowered global temperatures by half a degree centigrade for nearly a year. Worldwide one big eruption kept temperatures down by half a degree for a year. So if we could artificially put sulfur dioxide into the stratosphere and it would amount to some millions of tons over a year, something like ten million tons of sulfur dioxide every year - which sounds like a lot but actually could be done just by putting stuff into jet fuel - we could potentially keep temperatures down. And what it would do... we wouldn't be able to see it, it wouldn't be hazy in that sense. It would be noticeable primarily at sunset where you'd get really spectacular red orange sunsets, beautiful sunsets. And it would actually, because of the way light gets scattered, it would actually make some kinds of solar power less effective. So it's not a great solution. The bigger problem is that it would also start eating a hole in the ozone layer, and we've already been wrestling with that problem, so this would actually make it worse. And if we're doing it for an extended period - because the volcano erupts and then it stops, but we'd have to keep doing this every year for decades - there's a real potential of really putting the ozone layer at risk. So the other approach to geoengineering, which is within our technological capacity and actually wouldn't be too expensive to do, would be to pump seawater into the atmosphere, and just basically spray seawater up and have it form more clouds. The technique is called cloud brightening, because existing clouds get fuller and whiter and you get more clouds in the sky. You only do it over the oceans, and tend to do it at the poles, and what that does is, again, reflect more light. Because it's seawater it doesn't damage the ozone layer, but it's also something that we haven't done before, so there's still some questions about precisely what are the things that need to be done, what kind of ship would we need to produce et cetera, et cetera. It sounds simple, and like I said before, it wouldn't be terribly expensive to do, in comparison to other things that governments do. And the technology is all more or less within our capacity. The question is really, what are the kinds of unexpected results that we'll see, environmentally and politically.

How to Make a Wallet pt.2