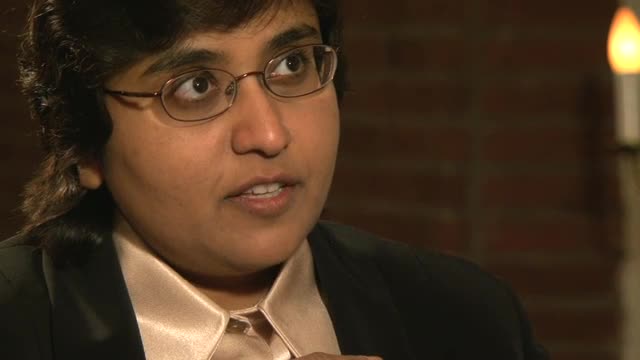 We should be aware and responsible as global citizens about... I think science or technology is neither good nor bad. It's a tool. It’s the consciousness with which we as human beings use it that determines whether it's used for good or for bad. A good example is nuclear technology. Nuclear technology by itself is neutral. We can use it to save our planet from an energy crisis or we can use it to destroy our planet, and the choice is really up to us. I think it puts a heightened responsibility on scientists, technologists, innovators, business leaders, global thought leaders, politicians, humanitarians, on everybody, to really think through, not just the science or technology, but the entire deployment and the entire development of that and how you bring it to the people. That’s partly the inspiration behind what I did in Nanobiosym with the three different levels. One is the science and technology creation, which is pure science and technology for the fun of it. Or not for the fun of it, but for the inspiration of what they can do. The second is at the business level. We can also help to open, for example, financial paradigms, if you will, where you can actually help people, you can make a product available at lower cost, cheaper, and cut your own profit margins so more people in the world can benefit from it. So the sort of bottom-of-the-pyramid high-volume kind of markets. That’s kind of opening a new kind of thinking even in the for-profit sector. And then at the global level, partnering with governments, NGOs and stuff to try to get them to deploy these technologies in a way that's beneficial for humanity rather than vice versa. So doing that early on, engaging people in this innovation, in this advent of these new technologies, so that they're stakeholders, not just in the technology, but in the deployment and how it's brought to the world.