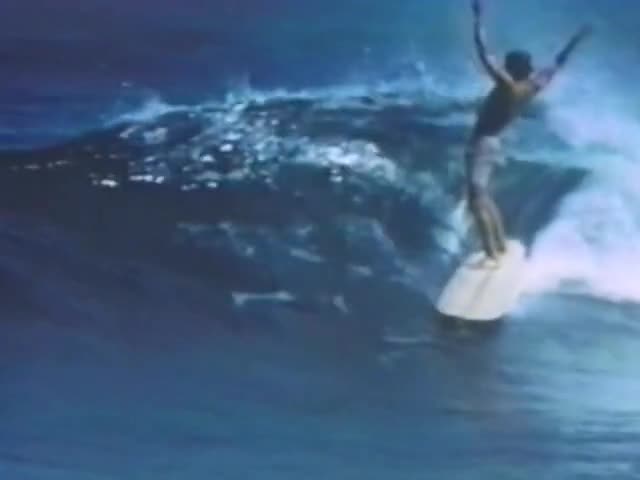 Herbie “The Kid” Fletcher
Click here to play the animation
Link to Page
Close
Did you know there is a Y8 Forum?
Join other players talking about games

Born in Pasadena in 1948, Fletcher began surfing at age nine. In 1966, the brown-haired 17-year-old won the juniors division of the Laguna Swimwear Masters contest at Redondo Beach, finished second to David Nuuhiwa in the United States Surfing Association juniors division final ratings, and placed seventh in the World Championships.

Fletcher kept a fairly low profile during the shortboard revolution, then suddenly reappeared on the cover of Surfer in 1976, noseriding on a bright red longboard—it was the magazine's first longboard cover since 1968 (and the last until 1997) and an early and unmistakable sign of the nascent longboard resurgence. Herbie Fletcher Surfboards was founded the same year, with a Dana Point showroom stocked full of Fletcher-shaped longboards, and an advertising campaign built around images of Fletcher hanging ten and a slogan proclaiming "The Thrill is Back." With the exception of Gordon & Smith Surfboards in San Diego, Fletcher was the only person keeping longboards in stock.

In 1975, Orange County surfer Jim Van Vleck developed Astrodeck, a spray-on urethane nonslip coating for surfboards; Fletcher bought the company the following year, created a peel-and-stick version, and turned Astrodeck into the sport's best-known accessory, largely due to the fact that he personally distributed the product to nearly every top surfer in the world during the late '70s and '80s.

Fletcher positioned himself in the vanguard of the surf video movement in 1985 with the release of Wave Warriors, a no-frills 45-minute promo for Astrodeck. Four Wave Warrior sequels followed, each as energetic and mindless as the original, followed by The Best of Wave Warriors in 1991. Next came the Fletcher-produced Adrenaline Surf Series, released at about twice the rate of the Wave Warrior videos, as well as a steady supply of longboard-only videos. "I've made so many movies," Fletcher declared in 1996, "I don't know how many I've made." As of 2013, Wave Warriors XI was in post-production.