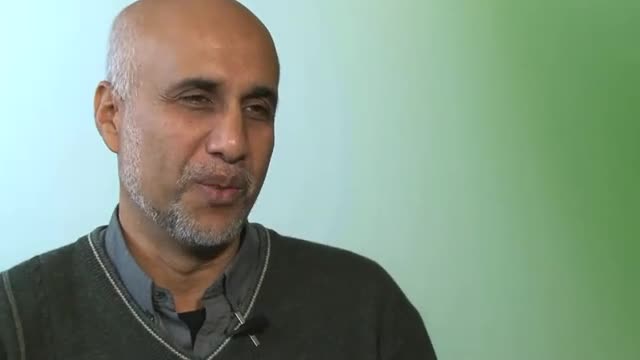 I use the mapping metaphor because I'm visually challenged, because I can never find myself in any city. That's my way to understand the world better.
Pillar one is mapping. If we're in some place we need a map of the future, some probabilities, some data points.
Pillar two is anticipating. How might the map change? What if there's... in terms of genomics technology, virtual technology, changing spirituality, how would the map I have of the world start to shift because of emerging issues? So we disturb the map.
Pillar three is timing of the future. If I have this information, what is the appropriate time to act? So is the future linear, is it a pendulum, is it cyclical, is it spiral? Based on these potential shapes of the future, I can enhance my strategy. If I know we're stuck in a pendulum, do I want to waste my time on this side when I know it's going to shift?
The fourth pillar is deepening, going to the inner story, linking the story with systemic change.
The fifth one is the scenarios, creating alternatives.
And the last one, of course, is the crucial one, transforming the future. It can't just be the map. The map changes as we change. The universe is not closed in my sense, it's open even though there's deep structures. The most important pillar is eventually having a vision of the future and the method I use is backcasting. Once you're in that future, what happened? How did we get there? And backcasting is powerful because sometimes we imagine a world we want, then we go into despair. Oh my God, I can't create it, it will never happen. But if we can show how we got there, then strategy becomes simple. It could be just three things need to be done. I was working with one city and they had a wonderful vision of 2030. We finished the visioning part, the six pillars and they were all depressed. I said: Why, what's wrong? They said: We don't think we can reach it. So then we did the backcast. Once we did the backcast, they realized: Oh my God, only three things we have to change. So backcasting takes the impossible process and makes it possible. So six pillars: mapping, anticipating, timing, deepening, creating alternatives and transforming.

How They Prepare Dice