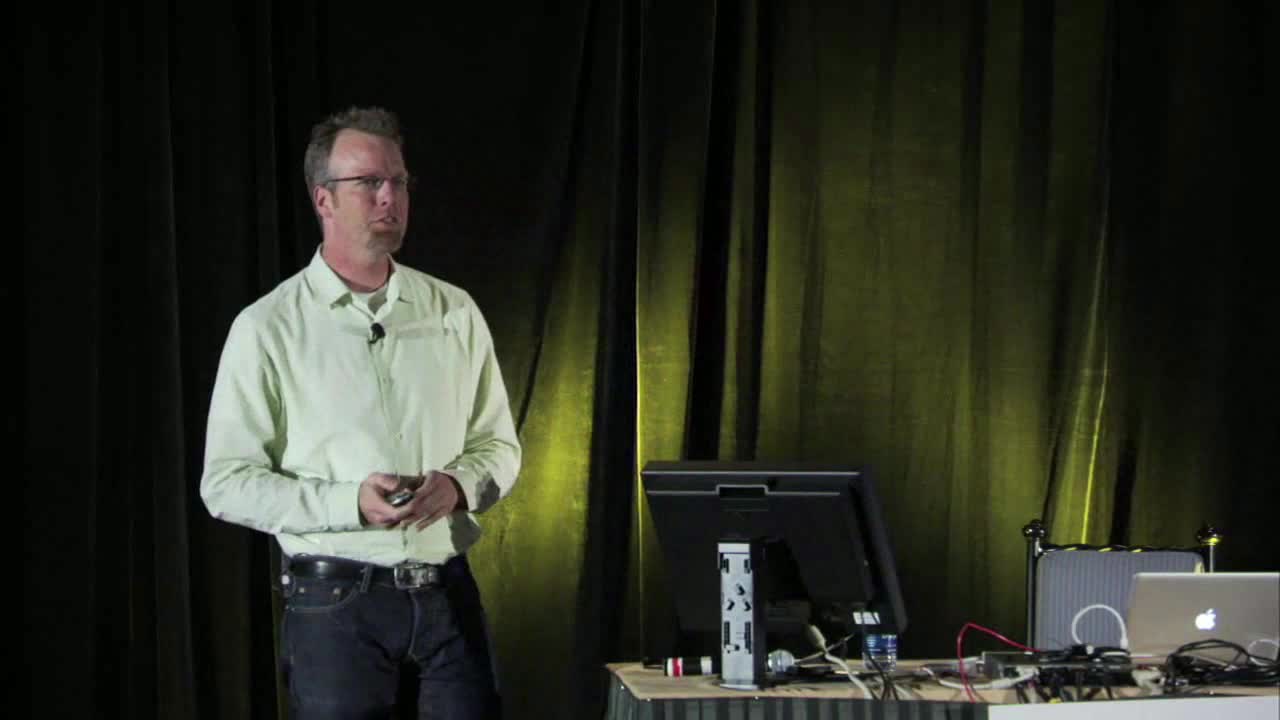 Live onstage at An Event Apart New Orleans 2008, Jeff Veen explains the magnitude of data we have to process every hour, and the responsibility of designers to help us make sense of it.

JEFF VEEN: The first part of this talk is designing with data. Because frankly we are awash in data. We have so much data in our lives, we have sensors out in the world that are constantly aggregating data and bringing it into the computers that process all this data and sending it out via the networks we've built -- there's just so much data -- and it's a bit of a cliche, right, to think about how much data we have to deal with even in an hour of our lives online, compared to, say, our great grandparents, who probably did not see that much data in their entire lifetimes.
JEFF VEEN: And just as a couple of examples ... I think of a statistic I heard when I was at work the other day about YouTube. Every minute of the day, ten hours of video gets uploaded to YouTube. So every minute that goes by, another ten hours! I don't know what this video is, but that's tremendous, that's a tremendous amount of content that's being shared by everyone around the world.
JEFF VEEN: I was very excited, a few months ago I bought a big TB hard drive. I was like, man, a TB! Now, I've been online a long time, I've been using technology for years, my first computer was a Commodore 64. To think about a TB! ... And I tell one of the engineers who works on analytics, and he kind of chuckles and says, yeah, we fill up one of those every couple of hours.
JEFF VEEN: It made me start to think, right, if our great-grandparents only saw this much information over the course of their lifetime, that we see in just an hour, that's significant, right? Because we're no different than them. We haven't evolved as a species. We have the same eyes and the same senses and the same ability to process that they had, with these tremendous new requirements placed on all of us all the time.
JEFF VEEN: And it made me think, so our computer science has done all this amazing, Moore's Law, everything getting faster and better, and that's great, these business models that have happened have really changed the world, especially now that we're all online, and we're all doing stuff with all this data, but it's the responsibility of designers to help the rest of us with all this data, make sense of it all. And that's what I want to talk about ... taking this data, this flood of data that comes out all the time, and making sense of it.

Why Intelligent Assistants Will Become Pervasive