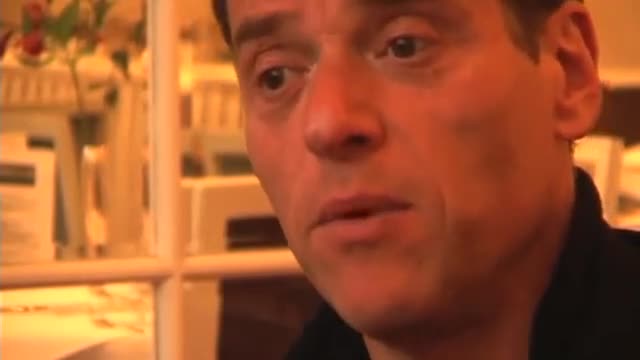 Keen: Cult of the amateur will lead media economy

Keen: Cult of the amateur will lead media economy
Click here to play the animation
Link to Page
Close

There's two very profound things going on. Two profound shifts that are happening in parallel, simultaneously. And they're connected, both in terms of cause and effect. One is the rise of user-generated media, the cult of the amateur media. The less trained you are, the more authentic you are. If you like, it's the authenticity thing which is driving this media, the authentic media, the authentic blogger who's sitting in his underpants somewhere in Iowa articulating his vision of truth. It's the authentic videographer, putting a piece of work up on YouTube about their dog farting. The authentic band on MySpace, giving out their musical version of truth and justice and beauty. So that's going on and of course you see the Web 2.0 economy which is driven by companies like YouTube and MySpace and the blogging software companies that have established a very clever business model. They give out their software for everyone to express themselves, to articulate their own, if you like, narcissism. We all post our comments, our text, our video, our acoustic work, and then they sell advertising around that. So that's happening in terms of the Web 2.0 economy. The Web 2.0 economy is being driven by empty shell technology companies that sell technology, or provide technology, which allows people to express themselves. But at the same time as that's going on, mainstream media is in crisis. Newspapers are laying journalists off in droves, the music business is in free fall. It's the music and the newspaper business which are on the frontline. But there's a perfect storm moving towards the television business, which in my view actually isn't a bad thing, since television is for the most part, particularly in America, reprehensible, with occasionally something decent on. The radio business is in trouble. The movie business is also having to face these issues, although the movie business is slightly different from the others. But people aren't investing in mainstream media anymore. They don't trust mainstream media. They don't feel they need to buy newspapers, they're not buying CDs, they're not really even buying digital downloads, which accounts for the fact that, you know, labels are really in profound crisis. So you've got that going on in parallel with the rise of user-generated amateur media. And what's happening, and the problem in economic terms, is that this new economy isn't really viable. You see a company like Facebook, which is valued at 15 billion dollars. But why is it valued on that? What are its premises? They still haven't discovered a coherent business model. Even the Web 2.0 economy, I think, is based on a series of unresolved paradoxes. People trust these Web 2.0 sites when they're authentic, when they don't have advertising. So Facebook became very popular, because it was a clean, well led site, which wasn't as dominated by advertising as MySpace. But now they've become more popular and they're trying to integrate advertising into their content as a way of cashing out on their traffic and the size of their community. So their community rebels against them. So it's hard to see where the money comes from in the Web 2.0 economy. Google has proved to be a remarkably successful company in economic terms. But one company can't drive the whole economy. And the crisis, in my view, in moral, cultural terms is: the people who are getting screwed are the content people. The writers, the musicians, the film makers, the journalists. They're the ones who ultimately are not realizing revenue from their creative work. So they're the ones who are having to take jobs as waiters or lawyers or postmen during the day to sustain their creative habit. What I want to see and why I like mainstream media is... it wasn't ideal, there was a lot of garbage put out, sometimes it was corrupt, but nonetheless, within the mainstream media economy a large group of creative people were able to earn their living as writers, musicians, film makers. And what concerns me in the future is these people won't be able to do so. It's much harder. Because it's harder and harder to actually monetize ones talent and figure out how to get financial rewards for one's creativity.

The Indian Army With Their Bike Stunts!