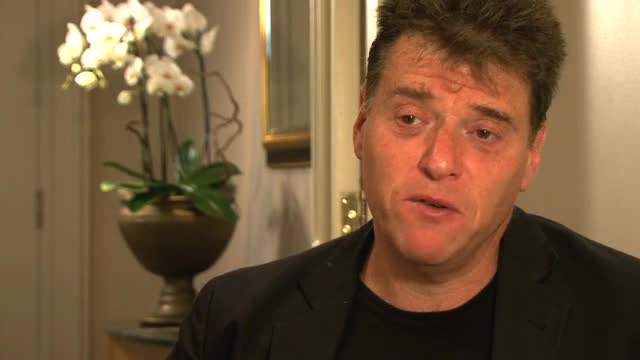 'Hypervisibility' is a term I invent in my book, because 'visibility' wasn't enough, so I came up with the notion of hypervisibility. I'm not sure if I'm the first person to do this; it's not a particular original idea, if it is mine. It's the idea that we walk around with these devices and we are radically visible, whether we want it or not. Our cell phones know more and more about us, they reveal where we are, and we're using these mobile devices, iPads, iPhones, portable computers, to tell the world where we are, through Foursquare, through Twitter, through Facebook.
So we're living in a world of hypervisibility where everyone knows where everyone is all the time. And by 2017, I think, Ericsson have done some research that suggests that 15 times more personal data will travel over the network than it does today. That's a stunning, bizarre, surreal statistic. And Ericsson's CEO says that by 2020 there will be 50 billion intelligent devices. So in a few years, everyone in the world, every human being is going to be on this network, whether they're in Africa or in Asia or in Latin America or in Europe or North America. And we're going to be hypervisible. If I want to know where you are, I can probably find you, if I use the network. So that's what most disturbs me. I don't want to live in a world of hypervisibility, I don't want people to know where I am all the time, whether it's a government, a private company, a health-care provider, my wife, my ex-wife, even my children. I certainly don't want to know where my children are all the time, because then they don't have any independence or autonomy.
So I'm fearful of a world of radical visibility, what I call hypervisibility. And this is a Dystopia. If we allow technology unchecked, unchallenged to continue, it's an assault on our freedom, our liberty, and then this is where we will eventually get: to a hypervisible world. Which is why in my book, I reference a lot Jeremy Bentham, the 19th century English utilitarian philosopher, who invented the idea of the Panopticon, the all-seeing prison. We are wandering into this open, hypervisible prison, a digital Panopticon, where everything we think and do and say and watch and listen to will be visible to everybody else.