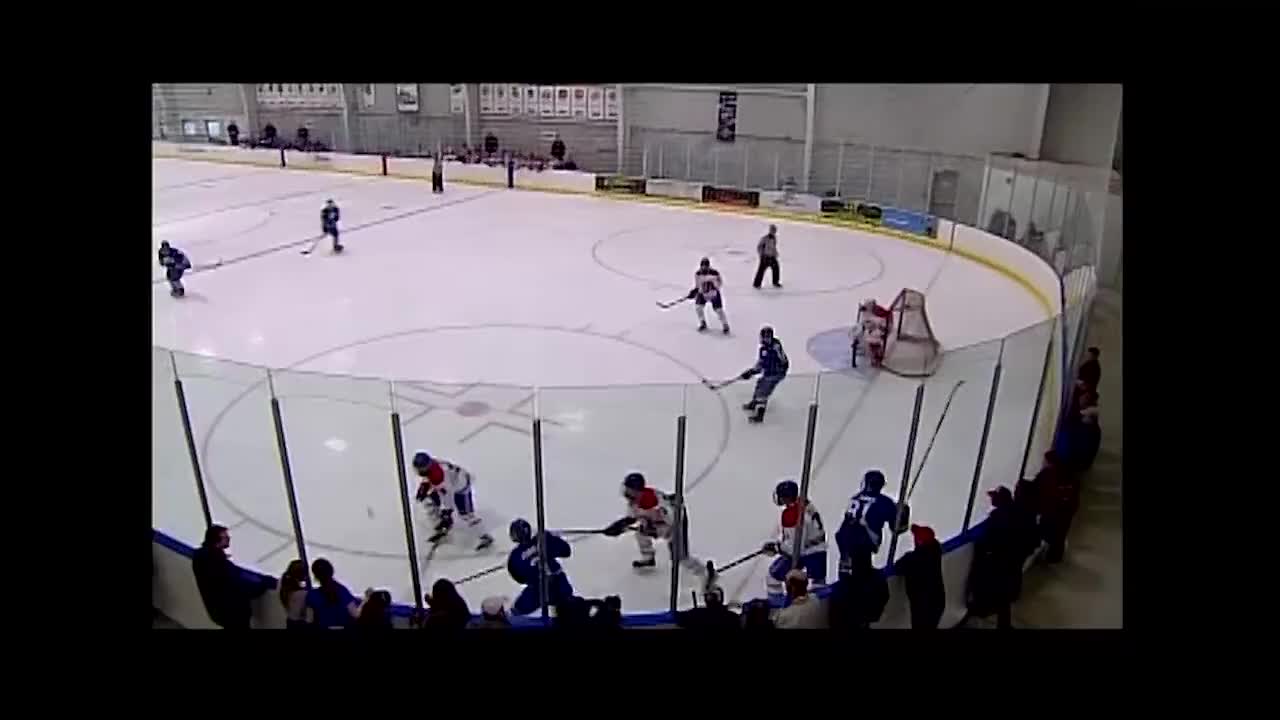 “Kristian embraces the key attributes we prize as goalie coaches: athleticism, intelligence, competitiveness and a determination to succeed. This video illustrates why Kristian is a top ranked prospect.
Kristian consistently plays outside the blue paint, he is square to the shooter, he presents a big target and he reads and reacts well. He has quick feet and uses them to take away many scoring chances.
There is no “Drop, Block and Pray” in his game. He sees the play, makes the read and then reacts accordingly. His aggressive approach is aided by his quick stick which he uses to clear loose pucks and break up passes.
Many goalies today are trained to be blockers, hoping the puck hits them: not Kristian. He uses sound positioning combined with athleticism and intelligent anticipation, pressuring shooters, eliminating time and space, forcing them to shoot wide or into his body. Only athletes can do this, it’s a rare skill.
Kristian is a top ranked puck handler, with deceptive qualities that remind us of goalies like Brodeur, Turco, Price and Smith. He sees the ice well, reads the play, executes deception and then helps out his defencemen with simple outlet passes.
We strongly recommend Kristian to any team looking for a young man with solid character. He is a good teammate and a goalie who trains hard and will continue to get better.”
Kay Whitmore
Former NHL Goalie, Goalie Coach