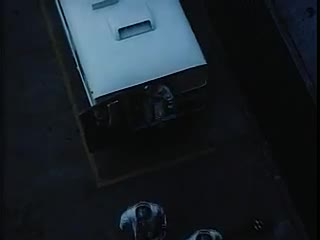 Moonwalk One is a feature-length documentary film about the flight of Apollo 11, which landed the first humans on the moon. Besides portraying the massive technological achievement of that event, the film places it in some historical context, and tries to capture the mood and feel of the people on Earth at the time when man first walked on another world.

In 2007 a group of film makers were researching film footage known to have originated with Moonwalk One for a film about the overall Apollo program called In the Shadow of the Moon. One of the producers, Christopher Riley, tracked down the director Theo Kamecke for help with his questions, only to find that Theo still had two large steel shipping boxes containing the only 35mm print of the original film, sitting under his desk. Over the next two years a consortium was put together to digitally restore the 35mm print and re-release this director's cut on DVD in time for the 40th anniversary of the first walk on the moon. The DVD includes a director’s commentary, the story of the making of the film and other features. Discovery Channel in the UK also acquired this version and transmitted it with additional material featuring producer Christopher Riley, first premiering on Monday July 20, 2009.

ARC Identifier 1257628 / Local Identifier 255-HQ-199. This film details the comprehensive coverage surrounding the July 1969 launch of Apollo 11 astronauts Neil Armstrong, Buzz Aldrin, and Michael Collins to the moon. The film details activities of both the astronauts and mission control during pre-launch and launch sequences, daily activities aboard the spacecraft and the moonwalk, and provides a view of the historical and cultural events of the time. The footage includes clips from science fiction television shows such as "Flash Gordon" and "Buck Rogers," as well as a lengthy segment on American rocket pioneer Robert Goddard. The film also explores some of the critical preliminary stages of the Apollo program, including medical testing of the human body in space conditions, as well as the assembly and testing of space suits as worn by the astronauts.

A Vintage Bugatti In Amazing Condition

The World Of Technology Is Improving Every Day