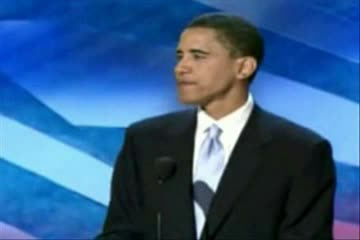 Obama's Use of Conversational Hypnosis Techniques

During the campaign of Barack Obama in 2008, psychiatrists and professional hypnotists quickly recognized the use of an array of hypnosis techniques in his public speeches. The se techniques, such as "pacing", vagueness, the use of meaningless numbers, and effusive imagery, are meant to decouple the listener from his or her use of rational thought. Once rational thought has been suspended, the way is open for appeal to pure emotion and libidinal manipulations; such as the creation of an "inside", loved group centered on symbols, with an outside, hated group used as a scapegoat for all problems.

The use of these techniques in politics is not entirely new. Adolph Hitler consulted with occultists ans "mesnerists" to achieve the same result - with consequences disasterous to all humanity. The use of hypnotic techniques has been refined and further developed since then by marketing experts of Madison Avenue, ond renamed "NLP", or Neuro-Linguistic Programming. No doubt it is from these corporate marketing experts and backers that Barack Obama obtained his education in the use of these methods.

The video serves as an introduction and context for the facts of it's use, while the PDF document gives much greater detail by experts in these methods. It should be noted that the use of these manipulative techniques without consent of the subjects is illegal.

Over 100 Years Old Footage of Earthquake

Life in America Under Agenda 21, Part 1

Sideways Launching of a Ship