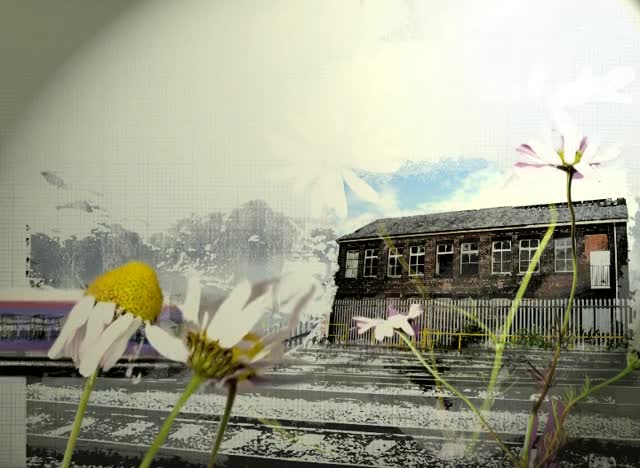 Kate Jessop’s On Miles Platting Station is an adaptation of Simon Armitage’s likewise titled poem. A muted collage, it follows an imagined trip on a rickety train from the Pennines into the dangerous crowds of central Manchester.

“I grew up in the same Pennine village as Simon Armitage,” Jessop said, “and would often take this train into Manchester. When I realized he had written a poem based on this journey, I knew I had to adapt it to screen—it being particularly personal as it signified my journey out of childhood into adulthood and my own life in Manchester.”

Kate Jessop makes the kind of films that we’ve been working to identify and promote at Tin House Reels—the child of digital art and poetry. “I love the interdisciplinary nature of working with poetry and animation. Both mediums are based on rhythm which is the intervening structure between the two,” Jessop said.

Jessop creates work that is part of the growing cultural language for short films: She routinely adapts poems into short films for Comma Film, a wing of Comma Press and has collaborated with Southbank Centre in London for events like their Festival of Neighbourhood, creating accessible shorts that capture a poem or a mood for festival goers.