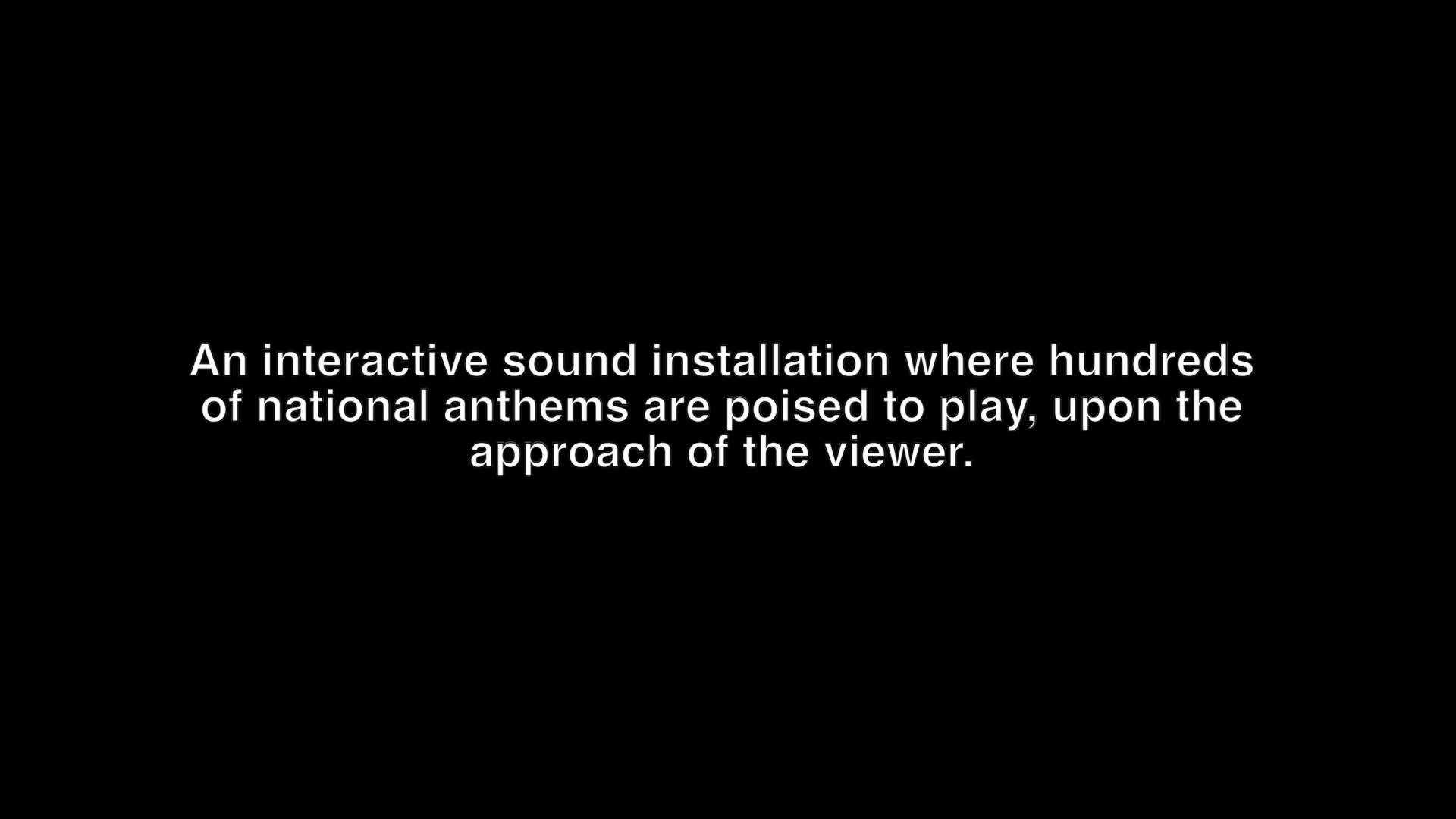 Speakers, power distribution battens, ultrasonic proximity sensors, LED screens
Dimensions variable (up to 10 x 40 ft / 3 x 12 m of wall space)
"Pan-Anthem" is an interactive sound installation where hundreds of national anthems are poised to play, upon the approach of the viewer. Individual movable speakers are magnetically fixed across the wall at the front of the gallery, precisely arranged to visualize a set of national statistics: whether population, GDP, number of women in parliament, land mass, or year of independence, to name a few possible arrangements. For example, when the work is configured to show the spread of national military spending per capita, on the far left of the wall the public can hear the anthems of countries without military forces like Costa Rica, Iceland and Andorra. As they walk to the right, they are able to hear Mexico 50 cm away, then Turkey 1.5 m away, the Russian anthem plays at 2.3 m, UK at 4.7 m, Saudi Arabia at 7.3 m, Israel at 8.7 m and finally the United States' Star Spangled Banner plays by itself at the far right of the room, 9m away. As a visitor approaches a particular set of speakers these start playing automatically, creating a positional panoramic playback of anthems associated to specific metrics.
On a side wall, a separate set of silent speakers are hung. They represent countries that have ceased to exist, e.g. Yugoslavia, USSR, Czechoslovakia, or countries that may exist in the future, e.g. Québec, Catalunya, Scotland. The curator or collector is free to rearrange the speakers to represent any set of national statistics and keep it updated adding or removing countries.

We Hate It When