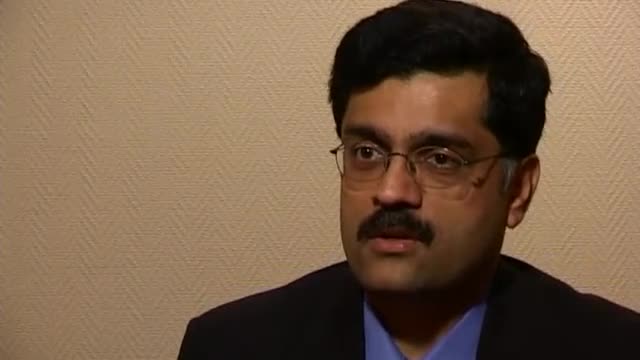 We are at a point in time where you are starting to see some early signs, if you will, of the emergence of a very different process of value creation. There is also a lot of impedance to move toward this, especially in emerging markets, believe it or not, because in emerging markets there are millions of consumers who are actually becoming “consumers” for the first time, millions of individuals who are becoming “consumers”, and they do not see their “role” as just “consuming”, the word “consumer” comes from “consume” and the company is typically called a “producer”, they “produce”, so if the producer is going to have a different role, what is it? It is being a “co-creator”, the consumer is also a co-creator and these individuals who are coming into the “market” for the first time essentially have a very different view of how they want to interact with companies, because they have never interacted with the companies, that is very important to keep in mind. There are millions of people for example in India who have come into the market and have never interacted with companies. And the way they want to interact with companies, is how they would interact with people they trust - their friends, relatives, part of the family – so the way in which they want to interact is very different. And they do not know better, and therefore you are going to see the emerging markets, and if you look at India and China - and if you combine the purchase and pound (?) as markets it is enormous - the consumers there have a different view, they are also using technology very differently, so there are a lot of reasons why there is somehow an underlying movement in terms of moving toward experience co-creation.

Meet The Offspring Of A Centaur And A Minotaur