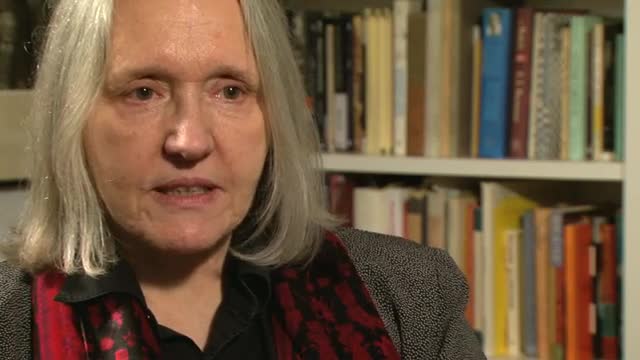 When you think about the BRICS, which now, many people are dropping the Russia part, it really is Brazil, it is China, it is India, those are the three biggies. So I guess it’s the BICS. I think there are many interesting features about them, because most of them have material economies. Very important. But what connects them, what makes them part of a sort of new space that becomes a very dynamic space, a space that is right there next to other, older spaces, let's say the North Atlantic and all of that, is partly that they all have very significant complex cities and that means that they have capabilities. A global city is a space for producing organizational commodities that are complex, that are necessary for firms, for markets, for museums, for festivals, all kinds of things, to be global, to circulate globally. Whatever it may be exchanging, whatever it might be.
Look at Brazil, look at China and look at India. They have very complex global cities. They're also cities that are a mess on the lower side, especially Brazil and India. Especially India, I'd say. But it’s interesting that they not only have vast material wealth. Nigeria, let’s say, has vast material wealth, but it doesn’t have a complex economy, in a way, that can also have that moment, that is that urban moment where really the most complex functions tend to happen. So I would say that what has put them on the map is both that they have enormous capacity, and material economies. Brazil is a major manufacturing power. Brazil produces a small airplane, the Embraer, which is now the leading small plane exported to the world. They’re about to export another, I can't remember exactly what it is, but they are a major manufacturer. China is both the manufacturer, as they say, the manufacturing shop of the world, but it also is doing advanced technology, partly through imitation, partly through stealing some good ideas from other manufacturers, and that's fine you know. And India is of course the high-tech part, they have that. So you know, that is interesting to bring into the picture. It’s not just the talented, the creative classes in the non-material economy. At that point, when you have such complex, really deep manufacturing-material economies, if you want, then the creative classes are really working with real stuff, and that creates real wealth. That is what gave wealth to a lot of the European countries and to the United States, which was that it was this mixture of multiple different manufacturing sectors. And the talent, the knowledge people, etcetera, could then really work and take it to the next leg. It’s what made Japan significant. So I think those countries are at a very interesting moment, really. And they're going to keep on growing.