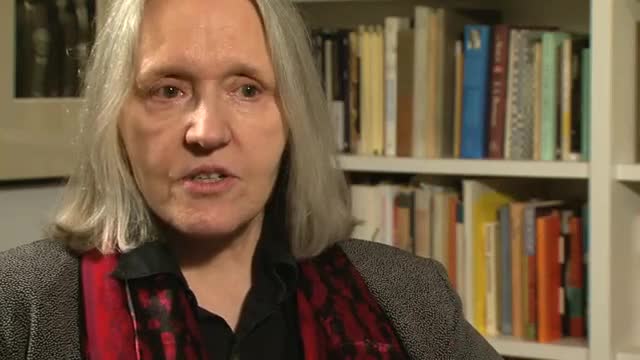 Right now it strengthens the power of the city. I mean, it depends on the kind of entity you're dealing with, right? Many people can actually now feel more comfortable leaving the city, because whatever they want to do in the city they can do digitally. I always say, a city like New York has a lot of people living in it who don't really need to be here, and many of them don’t want to be here. So I think that with time we're going to see these departures. But at the other end, when it comes to questions of power, of control, I think the city is becoming more important. And that is what we're seeing.
With the rise of globalisation, with the rise of electronic networks, the history of the last thirty years, this new epoch in which we live, we have a growing number of global cities, we now have almost seventy global cities, so there is a new kind of system that installs itself in all older systems. The older systems coexist, so you have this network of global cities that exists, that implants itself, if you want, in a whole set of older cities that have a lot of components that have nothing to do with this new world. You know, New York has many cities. The global city is one of several. But it is a dominant one, it is a system of power in many ways. But civil society... I should not say, it's not just the power of finance, it's also the power of global civil society in a way. So I think that it can go in many directions.
But when it comes to firms, if you’re a firm that is operating in fifty-two countries and you’re dealing with fifty-two systems of accountant, fifty-two different system for legal transactions, etcetera, you know what, your central functions become so much more complex that you actually need to be in the city. And here, if I may add a bit of a complexity, one might ask why. Why do they need to be in a city? If they are firms that have operations in a large number of cities, it means that they have power, it means that they have resources, it means that they can buy whatever technology that can solve whatever problems. Add to that the fact that it's always more expensive for a firm to operate in a global city. So you ask why, and the why is that the more global you are and the more digitised you are, the more you suffer of what is an old problem of all firms in market economies, and that is the problem of incomplete knowledge.
Now the city, this is one of my hypotheses, you know, you can cut it up into a thousand little pieces and say, no, njet, it doesn't exist, but my hypothesis is that what the city does is two things. One has been noticed and much talked about, which is that the encounter of all these different sorts of knowledge, think just in the realm of firms, all these professionals that spend a year in Buenos Airs, a year in Frankfurt or wherever, they accumulate knowledge, even knowledge they don't realize they have. And then the encounter happens with people who've just spent a year in whatever, you know, one of the other countries, and suddenly something is produced, they learn something they didn't know. I think that is often flattened to the notion of the face-to-face. I don't think it's the face-to-face. The face-to-face can help, but you don't need that. You don't need it at all times. It is this intersection of multiple, different forms of knowledge. So that you actually address part of your problem of incomplete knowledge by all those encounters. Say you’re working also in Mongolia and you need specialized Mongolian legal knowledge, you’re not going to hire them fulltime, so you find them in certain situations in certain cities.
But the second issue is that capacity for interactions, for all these encounters, means that the knowledge that is produced in a city, in a complex city, is more than the sum of all the knowledge in the heads of those professionals and in the firms, the firms that sell knowledge, in a way. And I call that a kind of urban knowledge capital that comes about and that is critical also for this problem of incomplete knowledge. So again, the more digitised you are, the more powerful, the more globalised, the irony is, your problem of incomplete knowledge becomes more acute, because you have to deal… It's not just the law as on paper, accounting systems as on paper, it's cultures of lawyering, of accounting, etcetera. So the more all of that is happening, the more you actually need the complex formation that is a global city. Because it produces that urban knowledge capital that is more than what is in the heads of those professionals.
If you look at a country like India, India has four or five huge cities. Huge, right? But you know what? The rate of urbanization in India is 30 percent. So that tells you that you can have…You know, the US doesn't have as many big cities, nor does Europe, as India has. But still, most of the people are living in villages. As the population urbanizes, they will not all just be going to the big cities. Big cities can’t accommodate it. They’ll be going mostly to medium-sized cities. So this issue of populations becoming more urbanized goes only so far towards being a demonstration of what I was just saying, that all these complex cities that have all these resources etcetera are becoming more important. Even as you have more global firms, more dispersal of operations and more digital technology, more powerful digital technology.

How to Make a Slide Switch: How It Works