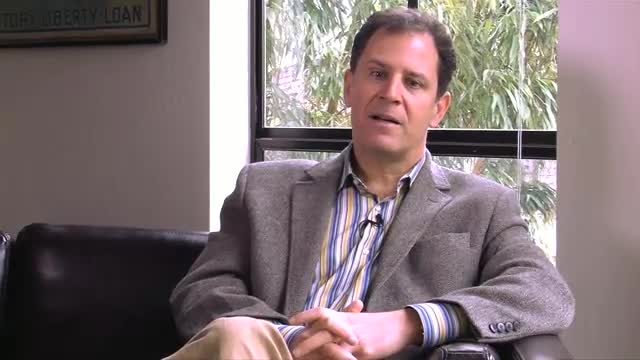 We're seeing also, I think, and I'm happy to say it's becoming a little bit banal to speak about, but only a year and a half ago it was very new to speak about the use of mobile and wireless platforms as a form and a tool for civic engagement, civic enfranchisement. It was not only because of the remarkable use of mobility in presidential campaigns and other political campaigns like those of President Obama that we began to see mobility as not only a source for actually providing the lifeblood of our elections, which happens to be capital, fundraising, but also as a means of getting entirely new sets of American citizens, young and old, engaged, interested in and activated into the American political process. Now we're seeing much more sophisticated extensions of that early work, which I mentioned is only two years old. The Facebooks and the Twitters of the world have become dominant forces, not only because they're now both not just nouns but verbs, but because they have given rise to literally hundreds if not thousands of different kinds of applications that are facilitating more not less citizen participation.
We're finding, not only in the United States but in governments around the world, more sophisticated and sensitive governments who understand the beneficial aspects of providing more not less access to transparency around technology platforms, particularly in the mobile space, that citizens can now interact with their legislators and governmental representatives in ways they never before could have done. They can keep in touch with the legislative voting records in real time of their elected representatives, and at the same time they can provide via their mobile platform very effective, targeted insight and analysis of what they think about votes that are pending or regulatory structures that are being discussed. We're seeing in the context of the United States' political dialogue, immigration reform, for example, has become a very important touch point for very important American constituencies, not least of which are the many millions of Hispanic American citizens that live in the United States who desperately want to find a more reasonable and progressive approach to how we both conceive of the policy framework for immigration but also the administration of immigration rules. It is significantly attributed to mobility, to mobile and wireless platforms, that the very atomised Hispanic American political constituencies in the United States have actually been able to become a united, cohesive political force around immigration. Mobility through crowd sourcing, through text-based, Spanish-language and English-language informational resources around what's going on in immigration reform issues. Many of the rallies, many of the efforts we've seen amongst the Hispanic American communities to not only educate their local publics but their legislators and media around immigration issues have largely been conceived and actually implemented on these wonderful new frameworks that are the mobile platforms and devices. The list truly goes on and on.