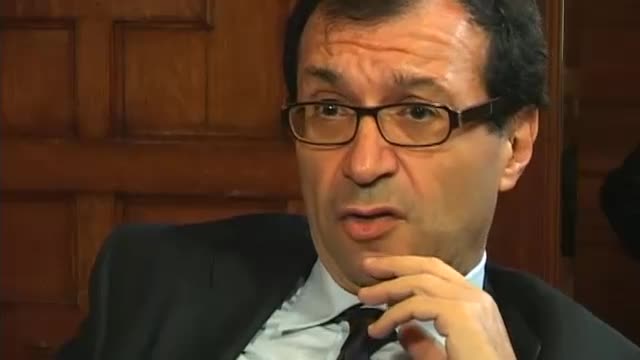 Where is this universal 1968 coming from? In the 60s we started to go to university en mass, that was not the case before, and not happy with the world as they see it. And as they saw it, it was a world which was very hierarchical. The organisation of the firm was very hierarchical, the families, the institutions, the church were very hierarchical. And what they were learning, the university was almost the opposite what they were expected to do, once on the work floor. In university you have to read books on your own, you have to discover knowledge in a creative way. There was really a gap between the two. What made possible the scientific organisation of labour, the Taylorist organisation of production was in large part a reflection of the fact that at the beginning of the 20th century the workers were illiterate. The US certainly, they were not even speaking English. They were coming from Sicily, Russia, Ukraine. The division of labor that would say 'you do that all the day' and you don't think it was nicely fitting what these guys were really capable of doing. And for themselves was told to say 'I don't ask my workers to speak English, to read English. The only thing I want them to do is not drink while they work.' Which he could not do. In fact there was a lot of turnover, absenteeism, because that work was too stupid. He had to increase their wages to get them on the work. At any rate that didn't fit at all the supply of labour that was coming in the late 60s. And that created a clash. A clash of culture and I really think that genuinly the information technology comes from this clash. And the first pioneers of this information technology, when you read their writing, they say "We wanted a world that was not as hierarchical, as the one that we founded" so there was again a form of an anarchist utopia in this new world and today, the success of Linux, of the free software and so on corresponds to this anarchist ideology that we can do it on our own without a big plan.

The Chemistry With Hot Water And Nitrogen