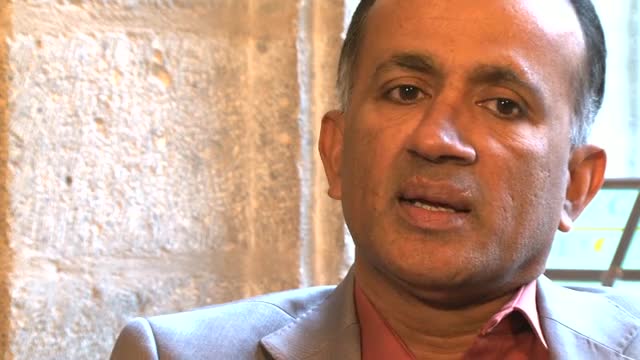 You can look in all areas where technology has on one level, apparently, improved our lives. I am not sure, necessarily, that the over-reaching argument that people put forward about the Internet and all of this is improving qualities of life. I mean, it's debatable. But assuming you broadly accept that technology has... But my reference to the fact that more people have mobile phones in Asia than toilets, gives you an idea that we have built these technologies, we have been able to price them to economic models that underprice them to the extent that everyone can have them, yet, on the most basic fundamentals for human existence, for which we have the technologies, toilets, water systems, et cetera, we have not been able to find the economic rationale and the institutions to create the kind of growth and consumption that makes it very much part and parcel of government responsibilities. The governments have bought in an economic model that said: in the West it worked, by just allowing well to be created and eventually everything worked out. Well, they forgot there were many reasons why that happened in the West as well, because at that point in history a small minority in the West had access to global resources in a fundamentally different way than they have it today. So this is why the state becomes very important, in my view, in Asian countries, because we're in a very different paradigm. Resource constraints lots of people, technology being underpriced, and expectations will be soaring, because people think everyone can have everything else. This is not possible.