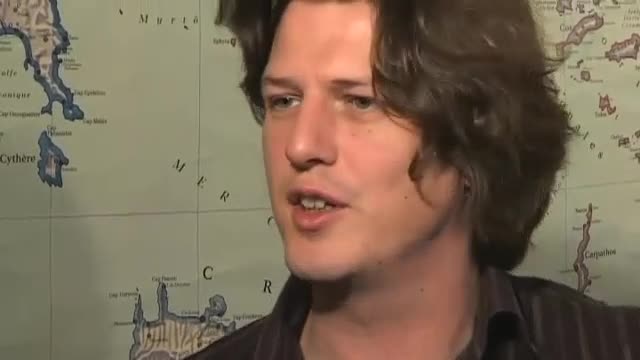 Interesting about Islam is, and there are other examples as well, that there, very early on, the nation was defined as a religious community. So not primarily as a physical community, but as a spiritual, religious community. You see that reflected in the ease with which people talk about brothers and sisters here and there. The ummah is a spiritual community. So you could say that Islam and internet in that sense are related. The borderlessness that you get with the internet, and that as globalization also takes place economically, in some odd way relates to the borderless experience of identity that as of old is also part of the ummah. Be it that you now have a unique situation in which such an ummah experience takes place in a world that physically doesn’t feature an ummah anymore. Or even a piece of one. I think that gives an enormous dynamic to Islam at this moment. And that means that we’re dealing, apart from this problem related to Islam, with the danger that internet unleashes atmospheric powers that are no longer tied to a place, but that go through space, so to speak. Computer games are also an example of that, intercontinental playing of computer games, where we call forth powers that get stirred up virtually, but that have repercussions on what happens in actual fact. There you get a possibility of what I call abstract identities that are very strongly developed within that virtuality and can also be very destructive in nature, as the porn industry shows, with child pornography on the internet. Enormously hard to take on, just like the distribution of movies, with all those bits. But in the meantime it’s able to take a hold on people’s lives and drag them along. And I think that’s one of the challenges of the future: Can we find a balance? And that already points to a spiritual necessity, to find a balance for that strange schizophrenia that comes with modern technology. There are very fruitful ways, of course, and people who can do everything in a very stable way, but it contains that risk and we’re starting to see some of that now. Those sites, where atmospheres develop that have that abstract quality of being detached from reality. And they make contrasts larger than they ought to be. If as families you let your children go to school together and let them play together at the football club and involve yourselves as parents, you also see that that physical space dictates a communality of its own. That’s what interesting, If you take that seriously, it creates its own communality. But if you become detached from that, you also get a strange physical environment, where people withdraw into their own schools and their own football clubs and their own chat clubs etc, and that’s fragmentation, and that gets reinforced by that virtuality and by technology. In the past, in the village, you were dependent on one another, period. And if you started to act very strange and didn’t want to be part of it anymore, you just had to leave in the end. I don’t say that that’s preferable, and the city always already provided more space, but now we’re in a virtual city, and I think it changes more drastically than we’re used to the mental attitude that’s necessary in order to function well in the actual world. At least, it can undermine it and we’re seeing examples of that.

Weiler: Putting the mass back into media