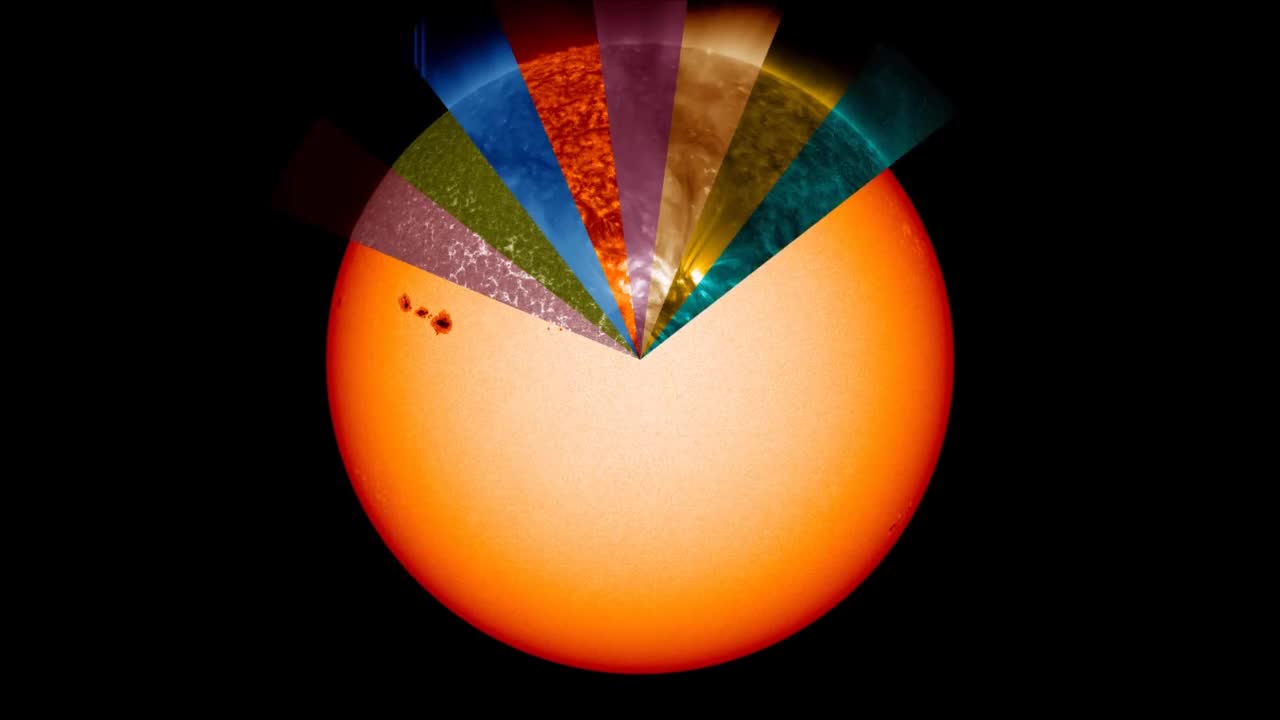 Visual: Jewel Box Sun NASA FullHD
Telescopes help distant objects appear bigger, but this is only one of their advantages. Telescopes can also collect light in ranges that our eyes alone cannot see, providing scientists ways of observing a whole host of material and processes that would otherwise be inaccessible.
A new NASA movie of the sun based on data from NASA's Solar Dynamics Observatory, or SDO, shows the wide range of wavelengths - invisible to the naked eye - that the telescope can view. SDO converts the wavelengths into an image humans can see, and the light is colorized into a rainbow of colors.

As the colors sweep around the sun in the movie, viewers should note how different the same area of the sun appears. This happens because each wavelength of light represents solar material at specific temperatures. Different wavelengths convey information about different components of the sun's surface and atmosphere, so scientists use them to paint a full picture of our constantly changing and varying star.

Yellow light of 5800 Angstroms, for example, generally emanates from material of about 10,000 degrees F (5700 degrees C), which represents the surface of the sun. Extreme ultraviolet light of 94 Angstroms, which is typically colorized in green in SDO images, comes from atoms that are about 11 million degrees F (6,300,000 degrees C) and is a good wavelength for looking at solar flares, which can reach such high temperatures. By examining pictures of the sun in a variety of wavelengths - as is done not only by SDO, but also by NASA's Interface Region Imaging Spectrograph, NASA's Solar Terrestrial Relations Observatory and the European Space Agency/NASA Solar and Heliospheric Observatory -- scientists can track how particles and heat move through the sun's atmosphere.

How-to: Jam Out with Four Chords