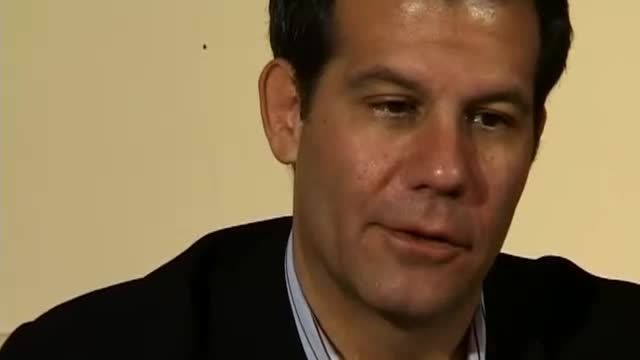 Will rise of the creative class cause powershift?

Will rise of the creative class cause powershift?
Click here to play the animation
Link to Page
Close

Wouldn't that be great? I think that's it, that the creative economy or what I call the creative society that's proactively inclusive, that extends far beyond the thirty or forty percent of us, I forget the exact figure but it's between two point three and about almost four million people in Holland that are members of the creative class. Thirty to a little more than forty percent of your work force. The real key is to extend it far beyond that and get the full creative capabilities of the Dutch population.And I think you're right. The challenge is that many of these industrial institutions, just as many of the feudal institutions and agricultural institutions opposed the rise of industrial capitalism, Marx wrote very eloquently about these struggles, and ultimately though, the march of economic progress prevailed and industrial capitalism, trade, technology, industry, became predominant. I think that the march of economic progress will prevail and ultimately these institutions will be swept away and become part of the dustbin of history by these great gales of creative destruction that Joseph Schumpeter long ago talked about. But here's the thing: wouldn't you rather be the region or the country that is at the cutting edge of that, rather than the backward edge of that? When we shifted from feudal economies to industrial economies only a few places benefited, and we can name the cities in Holland or Manchester, Birmingham, Liverpool in England, and many places declined. It seems to me that I would rather be a place that has a foothold in that new era.But what perplexes me, to be quite frank, is why very few if any countries have seen this. Even though all the economic indicators, even though companies are desperately trying to harness the creativity of their employees. And I think your question is the answer, that they're so bound up with the legacy of industrialism and industrial constituencies that it's very hard for them to shift. Even though this constituency is the biggest, forty percent of the workforce, and potentially the most economically prosperous, I think it's still hard to shift.