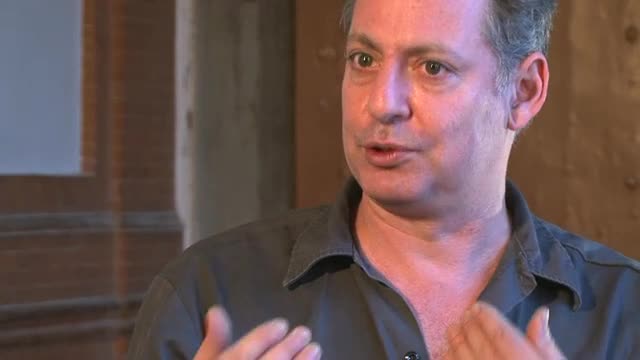 Well I'm interested in demystifying... I'm interested in having hands-on public labs for interpretation of science that actually involves pretty high-tech applications. And if you get your hands on those, what I’ve noticed with the public is, they want to try it, even if they have ethical qualms. If you offer them a microinjector, or you offer them a gene gun, or an electroporator, or even a virus, they're willing to apply them to all sorts of organisms, and to each other. Even if they have questions about the technology and the ethics of it, they want to feel what it's like, even the ethical conundrum, usually when it's too late. Then they have at least a good vantage point from which to judge it in the future. And their own blood on their own hands. Some of that is interesting to me. It's kind of like a Milgram experiment without authority. And you find out that if people are allowed to, they don't need a scientist in a white coat saying ‘go ahead, go ahead’, they just need to know they're in a position of freedom and they'll abuse it. People are sick.
But I also want to in some ways… I'm not just here to demystify. I can take the piss out of technology by showing how to do really lab-grade work for 200 euros. But there is some remystification. I’m not religious, I'm not talking about God or sprit. But I am talking about the amazingness that is life. I'm okay with that. The incredible morphological processes that lead to an organism. And that to me itself, I'm amazed, I’m still awestruck. And that's not to say that I think that there’s a prime mover. But right now the prime mover is primate movers. We’re moving in. We're studying and we’re opening these embryos and we're reprogramming them and then we're saying, ‘do what I want’. They don’t actually listen. The amount of drift that comes from engineering in life is huge. Much huger than the control that we think we have. But the amazingness of life, I don’t want to demystify that. I want to let people in on the fact that, well, when you're eating a potato, A, you're eating a psychoactive drug. You know, it alters your brain chemistry. B, you're probably reprogramming your descendance. And C, you're eating another organism that’s amazing. A potato is amazing. It's just as complex as us. And how do I say, it comes from the same original archaic organism that we originate from. So there is no organism on earth that is older or less complex. We're all the same age. Even an amoeba is the same age as us. Some have had more time as one type of organism, but there isn’t an amoeba living today that isn’t an amoeba from 2011. They are not archaic. And so we have to remember that we're very closed to a single-celled organism. We're not single-celled but we still take this form. We have a skin, we have holes in our skin, we interact with the outside world and we internalise it and then we have chemical reactions and also personality and society. And this sort of cultural artefact that we make, amoebas make them too. A lot of people accuse us of anthropomorphism when I say: Microbes have personality. But we are just microbe extensions, and very recently, and so I think that it’s microbocentric. You know. That we should get more microbocentric and think from our inner microbe.