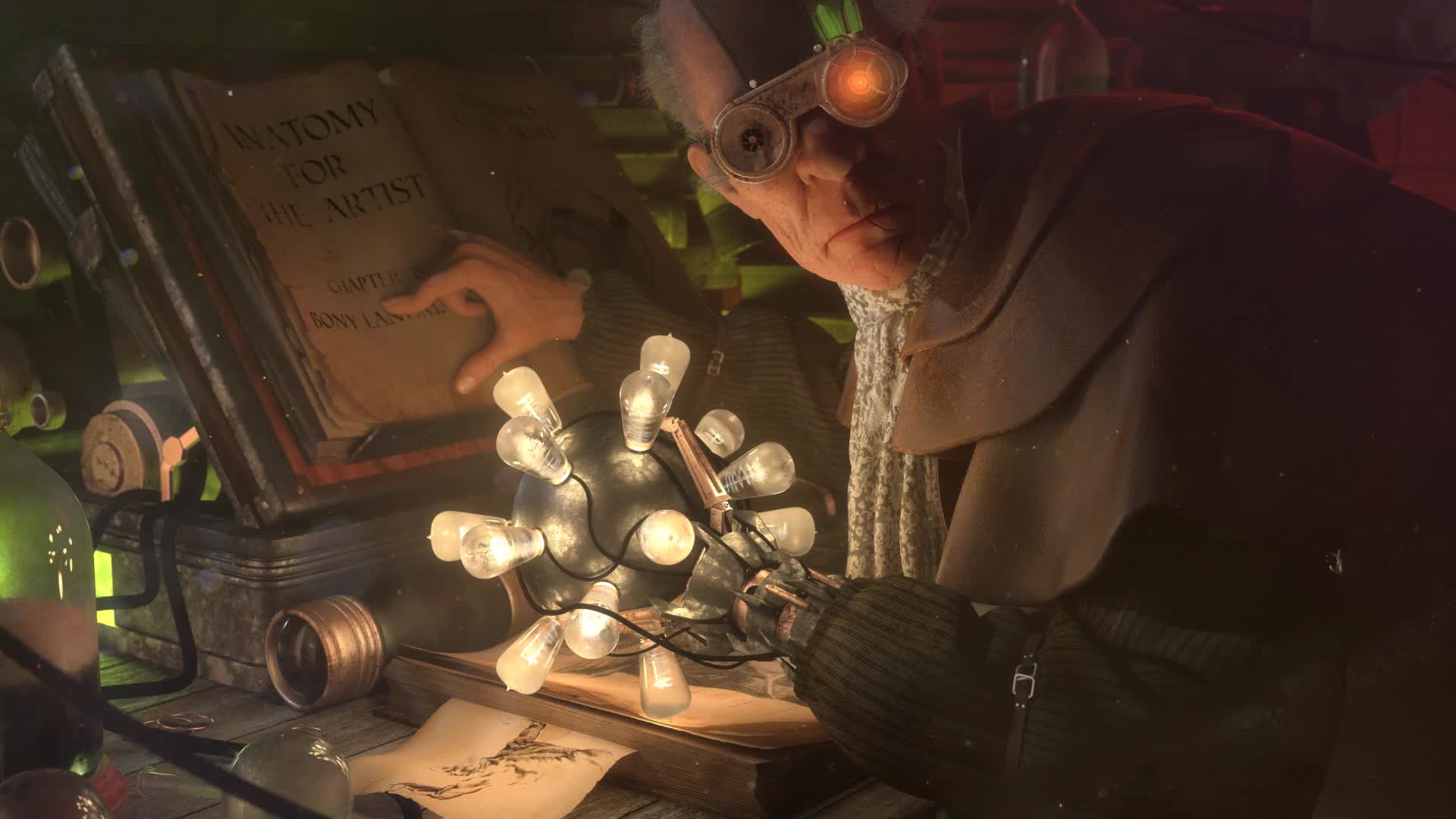 Welcome to my spring 2015 Showreel.
00:05 - 00:40: Internet Explorer
// You know that one kid in primary school who dreamt of becoming the best inventor the world has ever seen? Well, Theodore was that kid. So when the news broke that the Internet Cloud had escaped – lost to the skies – he knew that this was his moment to do something big. Returning the Internet Cloud would be his mission.
20 years later, his journey is about to come to an end.
Internet Explorer is my second year one minute short. It was created in an incredibly short time frame of 3 and a half months, during which we had other, even bigger university assignments. Since I had so many roles in it, the work I've done is ok - but far from perfect. However, I am very proud of what we we're able to pull together in this short period of time.
I was responsible for Directing, Producing, Pre-Production, Character and Prop Modelling, Texturing, Rigging, Grooming, Shading, Lighting and Rendering.
00:40 - 00:58: Gauthier The Happy Chef
// Gauthier is a happy man. He dreams about working in one of the most respected restaurants in Europe. However - he knows that everyone who wants to reach the top, has to start from the bottom. Because of this, he tries to do his current job - wrapping up happy meals - as perfect as possible.
00:58 - 01:11: Anatomy For The Artist
// For the past 2 years, I've commuted from home to school and back by train. Because I don't like to waste a lot of time, I read a lot of anatomy books during these trips. This, as you would expect, did not go without the strange looks of people I did not know. The picture basically tries to capture how I think these people saw me while reading my precious Anatomy for the Artist bibles.

Sony Video: The Last of Us