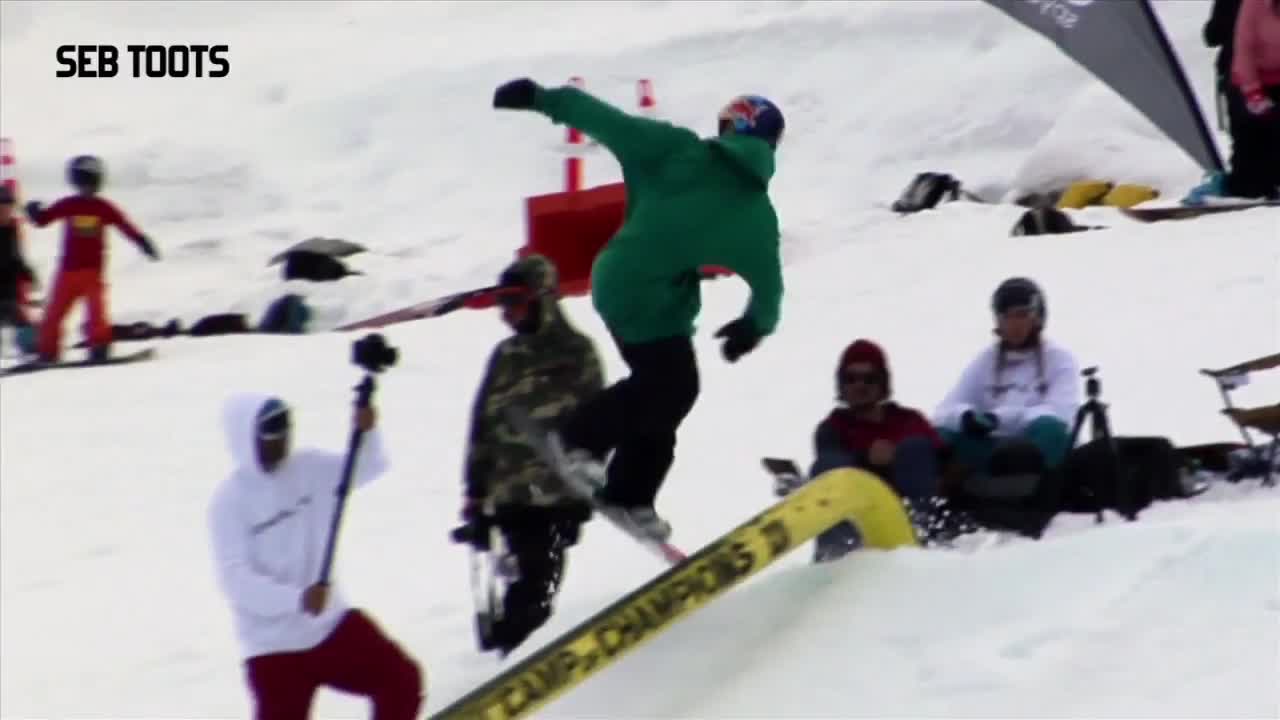 Blue skies and slushy snow made for an amazing time with all the pros and campers sending it hard in the best summer park ever made. We had teams from Quiksilver, the Norwegian National Slopestyle Team, The Roxy crew and the Canadian National Slopestyle Team
The Camp B edit features riding by Torstein Horgmo, Stale Sandbech, Mark McMorris, Simen Neraker, Jordan Phillips, Seb Toots, Dillon Ojo, Jody Wachniak, Will Lavigne, Alex Cantin, Alex Beebe, Jon Versteeg, Matt Belzile, Nic Heranga, Robin Van Gyn, Jeff Keenan, Jake Fine, Mark Goodall, Ben Poechman, Kevin Griffin, Mark Sollors, Ty Walker, Antoine Truchon, Erin Comstock, Leanne Pelosi, Rusty Ockenden.
The Camp of Champions in Whistler, BC, home to the largest private summer terrain park on earth. Top pro riders call it one of the top three parks in the world… Winter or Summer! Get coached by some of the biggest names in snowboarding in a fun, relaxed atmosphere that provides a season worth of progression in just one week. To learn more, hit up campofchampions.com You’ll have the best week of your life.
Videography by Gary Pendegrasse, Nate Laverty, Mike Kvacky, Jake Westphal and Carl.
Camp B 2012

Sailing Dingy's In the Sea

Any Couple Wants To Try That?