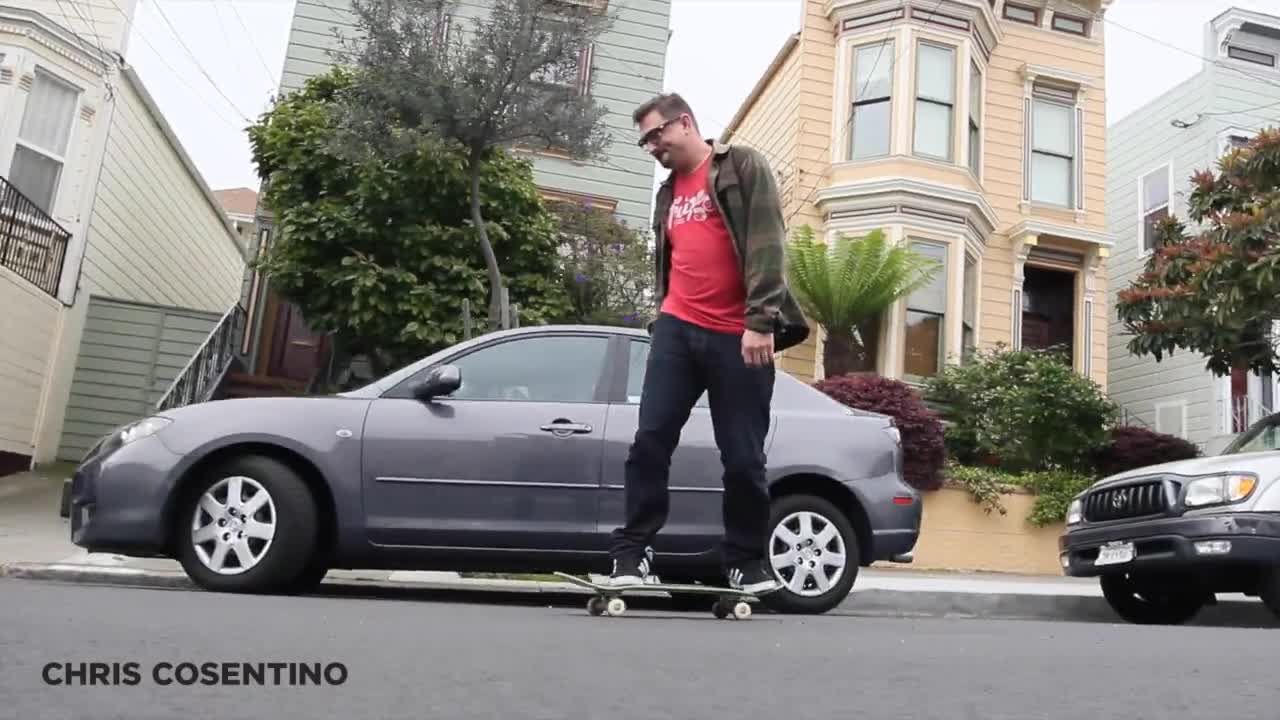 The deck, inspired by prominent skateboarder Mike Carroll’s iconic design of a grumpy kid with a plate of spaghetti, spotlights Cosentino’s notorious love of pork and his enduring relationship with skateboarding. Featuring a colorful illustration of the chef with a fork and knife in hand, seated over a playful pig head and accompanying pint of beer, the Cosentino x FTCSF deck is reminiscent of Chris’ own growth as a chef that bears roots in the sport. An avid skateboarder for over 20 years, Cosentino claims that he was able to “push [himself] to get better every day, [which] kind of set the tone for [him] now” as a renowned chef and entrepreneur.

The limited edition deck, priced at $50, will be available in stores at FTC San Francisco, the brand’s online shop (shop.ftcsf.com), and Chris Cosentino’s website (offalgood.com). FTC San Francisco is located at 1632 Haight St, San Francisco, CA 94117and is open Monday through Sunday from 11 AM to 7 PM. For more information, visit ftcsf.com.

ABOUT CHRIS COSENTINO
Chris Cosentino, aka @OffalChris, is a graduate of the culinary program at Johnson & Wales University and went on to build his résumé at Red Sage in Washington, D.C. and Rubicon, Chez Panisse, Belon, and Redwood Park in the San Francisco Bay Area. Cosentino took his first executive chef position atIncanto in 2002 where his inspired and innovative interpretations of rustic Italian fare promptly earned the restaurant both critical and popular acclaim until its closure in 2014. In addition to serving as chef/partner for Porcellino (in the former Incantospace), Cosentino is also the co-creator and chef of Boccalone artisanal salumeria and has gained international recognition as a leading expert and proponent of offal cookery. He has been notably featured on the Food Network in the Next Iron Chef America and Chefs vs. City and has penned several articles firsthand for national publications including Mountain Biking magazine, Jamie Oliver, and the cult-favorite comic Wolverine. 2012 saw the debut of Cosentino's first cookbook "Beginnings: My Way to Start a Meal" from Olive Press media and his debut in BRAVO's "Top Chef Masters" series earning over $140,000 for the Michael J. Fox foundation for Parkinson's research as the season four winner. Cosentino is a brand ambassador for Shun Cutlery with a proprietary line of knives and will debut a new concept in San Francisco's SoMa neighborhood in summer 2014. He is currently working on a title dedicated to offal with writer and photographer Michael Harlan Turkell published by Clarkson Potter in 2015.

Sailing Dingy's In the Sea