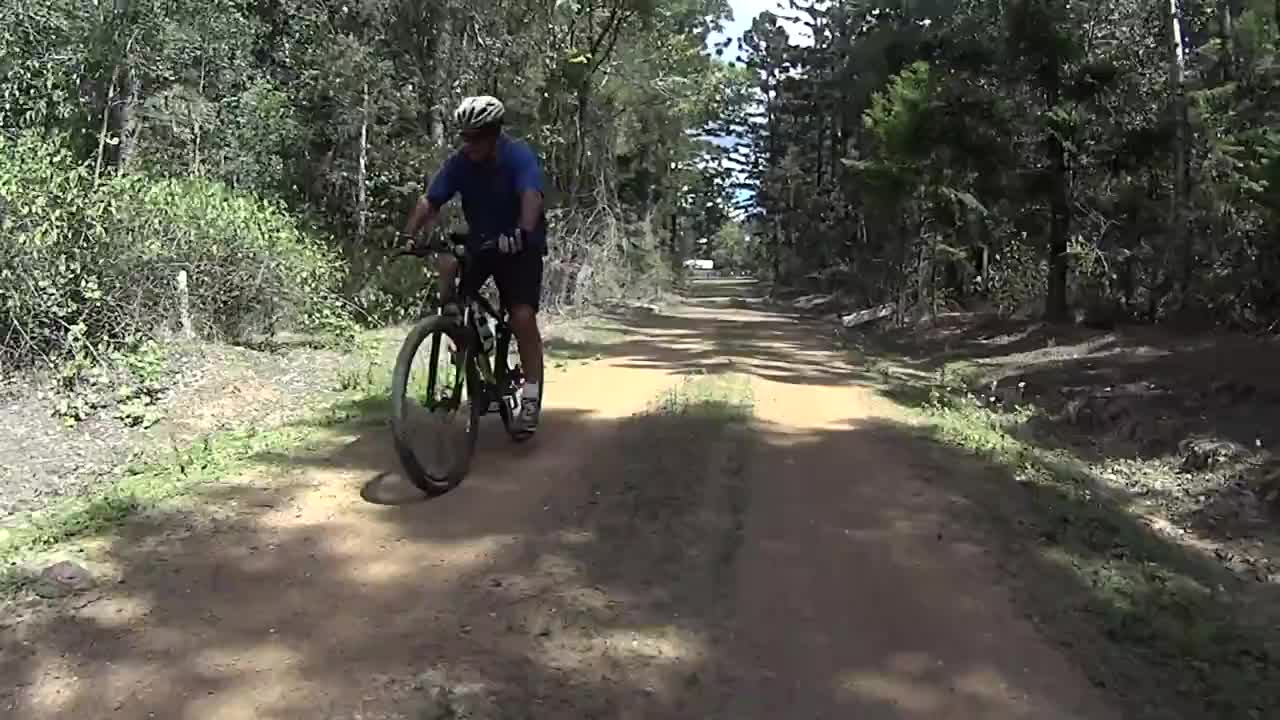 Real Country. Real Adventure.
Jimna State Forest
Head north for about an hour from Fernvale and you reach Kilcoy, but you’re still only about two thirds of the way towards the northern-most point of the Somerset region.
Keep on travelling northwards on the Kilcoy-Murgon Road through some beautiful farm country and the road starts to climb with a series of bends as you enter the beautiful Jimna State Forest Park. It’s a long way to travel, but you are entering a real adventure playground for four-wheel drivers, trail riders, mountain bikers and bush walkers.
We were heading up to the Jimna State Forest at the invitation of Ross and Robyn Davies who recently purchased the old school house in Jimna village (population 70, no shops, no servo, satellite Internet only, patchy mobile phone reception) to develop as holiday accommodation for groups and families.
Robyn contacted me whilst we were doing the BVRT End-to-End ride as she was keen for us to take a look at the trail cycling possibilities around their neck of the woods.
We arrived at about 9.30 a.m. and sat for a while on the veranda of the old school principal’s cottage enjoying a welcome cuppa, breathing in the fresh, clean, mountain air and appreciating the absence of urban background noise. Ross then took us for a guided tour in his Mitsubishi Challenger.
He failed to mention that’s he’s an expert off-road driver as we plunged down feint and rocky tracks more suitable for goats than a large vehicle with his three passengers hoping that the 8 air-bags would save us in the event of a roll-over, but it never came to that.
There are literally dozens of tracks in every direction from the easy to the challenging – Jimna State Forest and the adjacent Conondale State Park is a fantastic playground for anyone looking for a Real Adventure in Real Country. Sadly, the famous Jimna Fire Tower is off limits – although money was allocated for essential repairs, when the engineers came to look at it more closely it was just all too hard.
According to the Queensland Holidays website, “Jimna State Forest has had a colourful history of gold mining and timber milling. The last flurry of mining, in the 1940s, yielded 2.8 kilograms of gold. Attractions include creeks, log bridges and wildlife including platypus and many species of birds. Go bushwalking on one of the easy or moderate walking tracks. Peach Trees camping area, beside Yabba Creek, is perfect for a picnic or overnight stay and is suitable for caravans. It is also home to a family of eastern grey kangaroos. Possums reside in the toilet block! Ride your mountain bike or explore in your four wheel drive.”
The beautiful Peach Trees campsite is a great place to take the family for an Internet free camping holiday – poor mobile reception takes care of that, along with no electricity and cold showers. On the plus side, we saw kids playing in the creek, riding their bikes and walking on the trails.
Topo maps can be purchased from Dave Wright at the privately operated Visitor’s Centre in Jimna and Dave is a mine of information about the region. A GPS with topo maps might also be handy as most of the forestry tracks are not shown on a standard car GPS.
Although it’s described as a State forest, the entire Queensland State timber plantation business including Jimna State Forest was leased by the previous State Government on a 99-year lease for $603 million to Hancock Queensland Plantations in May 2010, so the Jimna State Forest is effectively operated by private investors.
However, according to the Hancock Queensland Plantations website, “You do not need a permit to visit our Plantation Licence Area unless you are involved in a commercial activity, an organised group activity, or a competitive event.” and “Horse riding and mountain biking along fire lines and tracks is permitted unless otherwise signed.”
An organised group activity is defined as involving 15 people or more, in which case you need to apply for a licence from HQPlantations.
After the four-wheel drive tour we only had time for a short 3-hour mountain bike ride, but it was hugely enjoyable, apart from the 4 km climb back up to the fire tower where we left our cars.
Looking for a REAL ADVENTURE in REAL COUNTRY, Really close to Brisbane?
Jimna State Forest is a great adventure playground.