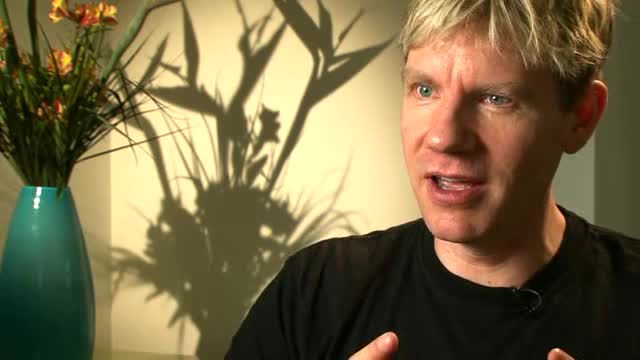 Lomborg: Oil based transportation will end

Lomborg: Oil based transportation will end
Click here to play the animation
Link to Page
Close

What we have to remember: everything in society is in scarce supply, that's why they have prices. If there wasn't scarce supply, they'd be free, essentially. And so the whole idea of economics is in essence: How do you deal with scarcity? And how do you find smarter ways of exploiting it? So if you look across the last couple of centuries, we've gotten much, much better at utilizing energy, and actually over the last 50 years or so, we've gotten much better at utilizing carbon, that is, we emit much less carbon per dollar produced. That's simply a question of saying: A lot of people spent a lot of effort to find ways to use less energy, because it's costly. That's the main way that innovation occurs, that we simply have lots of people coming up with smart ideas, because you can make money from it.
So the idea of course is: ultimately, we are going to move on. We moved on from wood to coal. Remember, that was seen as a great environmental improvement, because we stopped deforesting. If you remember, Britain was the first one that got on the industrialisation, they basically cut down virtually all their forests to burn them for their steam engines. So moving to coal was great.
Then we moved to automobiles powered by oil, instead of using horses, which of course took up about a quarter of all food production and left manure everywhere, and people were worried about that there would be like a feet high of manure all over London. So in many ways, every new technology that we brought along has solved a problem that we were worried about in the past. And of course we are going to stop using oil as the primary way to move cars, we are going to use electricity instead, hopefully electricity generated by green energy.
But remember, that's the argument. When people say: How on Earth are we going to have every Chinese and every Indian have a car? Well, the solution is going to be that they are not going to be using oil. That's where innovation comes in, and actually makes it possible for us both to have the things we want. Imagine trying to tell the Chinese: "No, you can't have a car." That's not going to work. But they will have a car that we can actually power.

Working In a Male Dominated Workspace