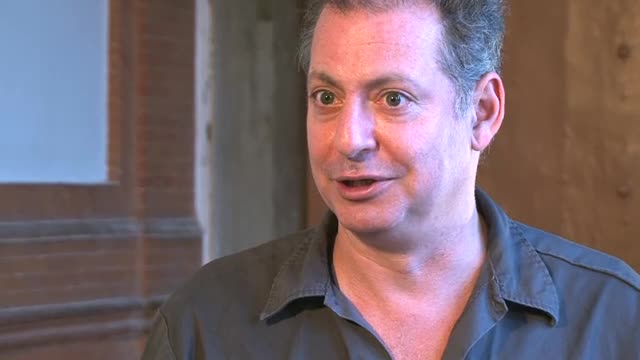 making people that are more than human

When it comes to genocide, it's a sort of breeding. It's negative eugenics. You subtract the people you don't want. Who ‘you’ is, is up for question, but this has gone on throughout the ages, in the name of war, in the name of social hygiene. But no we have something where we can start to add. This is called positive eugenics. That's double good. Sounds like 1984, right? Double-good genics. Eu-eugenics. And positive eugenics means you are not taking away people that are less than human, you’re making people that are more than human. Extrahuman, superhuman. Adding genes to make superhumans implies that the people that are not superfit through technology will eventually die off, because they're not as fit. But it’s not as cruel as making them die. You just let them wilt away. So it’s a different kind of eugenics. It's posed like things like human enhancement, human optimisation, human advancement. I talked to a scientist who prefers not to be named and I said: ‘What do you think about human enhancement?’ And he said: ‘Well, we’re not going anywhere now.’
My feeling is that love, lust, abandon, have guided diversity for a long time, and to a great degree there is a movement in science, quietly or not so quietly, towards letting reason or rationality take over where love left of. So the rationalization of our heredity. And I’m not sure what I think about that. Actually, I trust lust. I trust lust more then reason myself. I would like a cure for AIDS, I would like a cure for diabetes, I would like a cure for cystic fibrosis and Fragile X. Gene therapy is working on it. But the places that I look at are gene therapy, fertility centres and human embryonic stem cell engineering, when these come together again. So this is something that got divided earlier in our history. Genetic engineering, animal husbandry and family planning were divided when eugenics supposedly fell apart. They're now coming back together, so we are animals, we are being husband and wife-ized, not just through family planning, but through genetic engineering. And it's happening at the hospital, during gene therapy trials with human subjects, it's happening in fertility centres, especially non-state sponsored fertility centres, and it’s happening, how do I say, the genes that put into human embryonic stem cells happen to be the genes that will also work with human embryos in fertility centres. So if we bring these three technologies together, we find that we are already working on ourselves.
I know, because I talk to people. I’ll go to a hospital and I’ll talk to Recombinant Safety, in charge of human subjects in gene therapy, and I say: ‘What are you worried about? Are you worried about this thing going airborne?’ Because they put a virus in someone’s arm and try to cure their pancreatic cancer. And they say: ‘Well, we do quarantine people for a week. We’re afraid of viral shedding. If they get a clod and it’s similar to the adino virus that we knocked out and added our gene to, it’s weakened, but if it gets on a real cold it can go airborne. So we quarantine them. And we also tend to use women that are postmenopausal, but we ask them to take a birth control pill.’ They’re so scared that people are going to get pregnant during a gene therapy trial, because then a transgenic human would be born, which means the technology's there, but the public's not ready. And so they don't want to do anything to upset the apple cart right now. But I can tell you, science is always fifty years ahead and the technology is here, so there are little astronauts about three or four years old ready to go to Mars in ten years. They’re going to send them. So they already made those Mars travellers. No normal human can go on that Mars mission in 2018. So they're in.