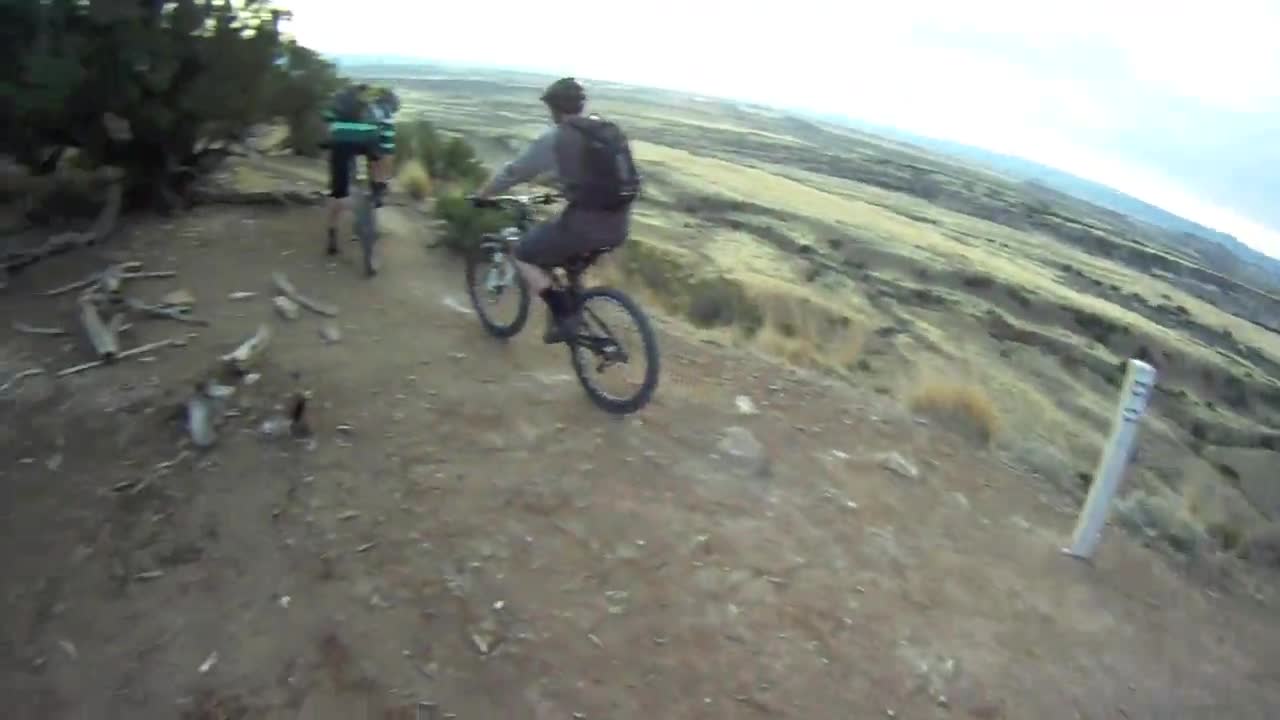 With snow in the forecast, we packed up the car and traveled south to seek the sanctity of a warmer climate; sneaking in one more ride before becomeing consumed by the snow caped Tetons. With a crew consisting of Aaron Grutzmacher, The Hub Bike shop owner, Travis Fitzgerald, and myself, we left Jackson at 6 a.m. with sub-zero temperatures; we could all agree that warmer temps were well needed. Heading south to Moab we detoured east to check out the riding in Fruita, Co. After looping the Book Cliffs till near exhaustion, we continued west and arrived to Moab in the darkness. For one that has never encountered the desert, I was in complete awe, awakening to Moab's moon like scenery the following morning.

We met up with Aaron and Travis's' friend Alex, who had spent a considerable amount of time in the area and was able to show us the goods and hidden lines within the trail. Alex was apparently super human and could literally ride all day, every day, as fast as possible. With temps in the mid 60’s we started off riding the Sovereign Single Track, some nice xc riding amongst the Mars like desert scenery. Afterwards, we met up with Aaron's Friend Will and followed Alex on Amasa Back to Rock stacker and then to Jackson's Loop (how fitting). Unfortunately we didn't have the GoPros. That loop was one of the most technically challenging, exposed rides I have ever encountered. It was a blast following Alex, blindly, again and again into technical, super steep, rocky roll-downs to 90 degree turns with no-fall zone consequences.
On day two I experienced my first Porcupine rim ride. With snow on the high elevations of the la Sal range we were unable to ride the Whole Enchilada and were forced to start with UPS (the Upper Porcupine Single track). Despite having a ripping time, Will took a digger resulting in seven stitches which ended his trip a little early. Regardless, those without stitches ended the day with an afternoon town ride, on Pipe Dream.
On day three we all agreed that Porcupine was to much fun and decided to meet up with Andrew Whiteford, Courtney Gauthierson (Jackson folk) for a second serving of Porcupine. It was a super fun to ride with a bunch of Jacksonites that rode with such a playful style, hitting every fun looking feature within a ten foot span of the trail.
After those four satisfying days in the desert we again packed up the car, faced reality and headed back home to Jackson.
The first half of the video is from the Book Cliffs of Fruita and the second half if from our last day on Porcupine in Moab.
Enjoy.